How to connect the module reed switch for Arduino

The name "reed" comes from the phrase "tight contact". And that explains his device. In fact, the reed switch is two open (or closed) a contact located in a vacuum flask that change their status to the opposite when exposed to a magnetic field. Reed - a very popular sensors used in many tasks. This control of opening/closing doors, a variety of counters, alarms, counters, speed, etc. Let's connect the reed switch to an Arduino and see how it works. 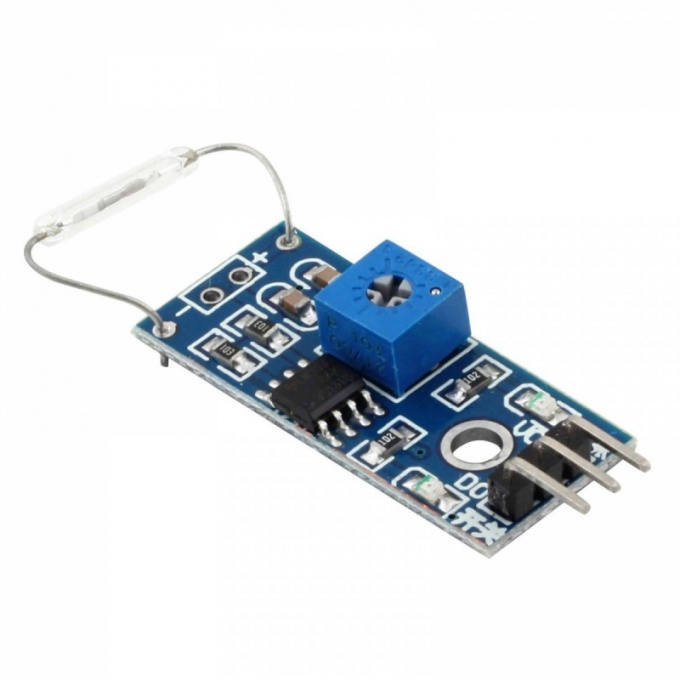 Related articles:
You will need
Instruction
1
Connect the module with a reed switch to the Arduino via the above scheme. Powered from 5 V or 3.3 V. the Signal connect to digital pin D2.
Module with reed switch contains a variable resistor of 10 ohms. This resistor can be set the switching threshold of the reed switch and thus to adjust the sensitivity. The module contains a comparator LM393 to exclude false positives of the magnetic sensor. 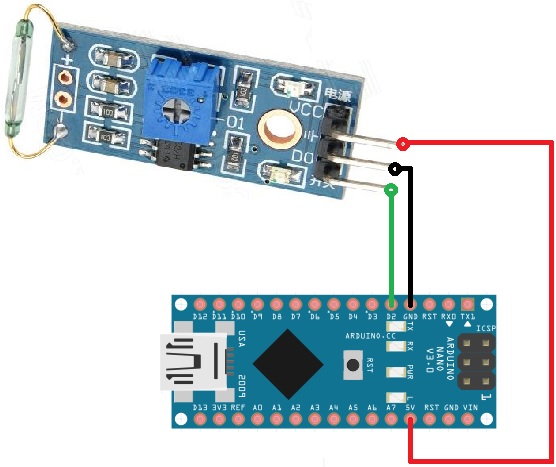 2
Write a sketch of the processing operation of the reed switch. Everything is simple. Specify the number of the pin to which you connected the module output is "2" and turn it to "wiretap". Activate pull up resistor on the leg of "2". Set pin 13 as an output. Included in the work of the serial port at 9600 baud. And then every 20 msec, read the testimony of reed, and outputs the value to the port. If the reed open - displays "1" if closed - displays "0".
In addition, the led on the 13th leg of the Arduino lights up, while the closed contacts of the reed switch. Note the inversion of the read sensor signal. 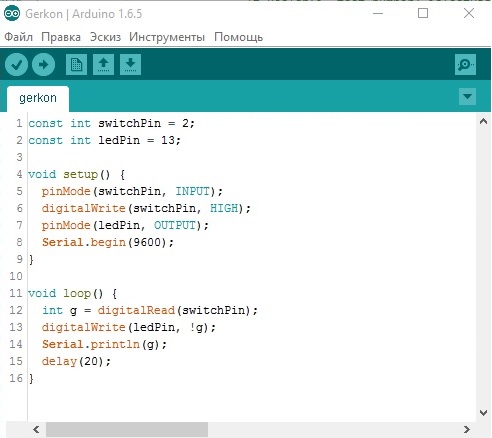 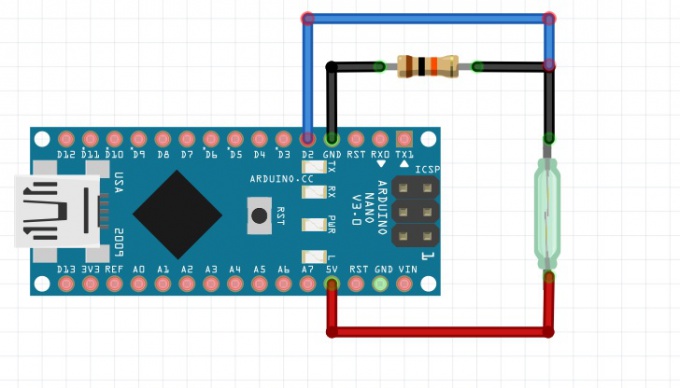