"Linex" is a modern medical drug which action is aimed at restoring and maintaining intestinal flora, changes in which can be caused by dysbacteriosis, food poisoning or prolonged use of antibiotics. This drug is expensive but there are cheaper counterparts of "Linex," which according to their pharmacological action and structure are similar, but their cost is significantly less. 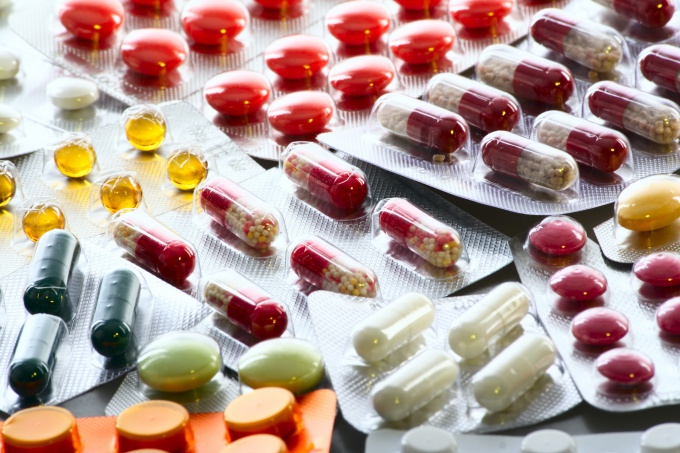 Pharmacological action of the drug "Linex"

In the product contains fermented live bacteria, which block the development, reproduction and activity of pathogenic microflora. Components of "Linex," play a role in providing the body with the necessary vitamins of group "b" and "D", and create favorable conditions for the absorption of useful minerals such as calcium and iron.

While taking the drug pH of the intestine is slightly reduced, the activity of digestive enzymes aktiviziruyutsya, preventing the development of pathogenic microorganisms and production of metabolites and antimicrobial substances is detrimental to pathogenic bacteria.

The price of "Linex," a pretty high and long period of treatment significantly increases the cost of the course. However, pharmacologists are offered other drugs in the spectrum, which is the same but the price is much lower counterparts.

Cheap copies of "Linex," in spite of the small difference in the composition have the same pharmacological action. The main low-cost substitutes for "Linex," include the following drugs.

1. "Bifiform" – an effective probiotic that includes more than one hundred beneficial bacteria. The drug is a dietary Supplement, prescribed for the prevention of disorders of the gastrointestinal tract, treatment of diarrhea recommended if necessary during pregnancy and lactation. Price "Bifiform" the "Linex" in the smaller side, though not too cheap drugs also can not be called.

2. "Hilak-Forte – a combined preparation, which includes lactose, lactic acid and useful set of amino acids. Has a therapeutic effect at all stages of the disease. It is used to treat diarrhea, gastroenteritis, effective to eliminate intestinal disorders, bloating, constipation and excessive gas formation.

3. "Normoflorin" – biologically active additive, which is appointed in case of detection of severe intestinal infections, normalizes intestinal microflora and cures diarrhea. The drug acts by creating a kind of biofilm, which inhibits the growth of pathogenic bacteria, thereby improving intestinal peristalsis. "Normoflorin" has no contraindications and side effects.

4. "Bifidumbacterin" – falls into the category of "cheap copies "Linex," and contains active bifidobacteria, which are necessary for daily consumption. The drug is indicated in chronic constipation, dysbiosis, vaginosis and vaginitis. When receiving the "Bifidumbacterin" beneficial bacteria colonized in the intestines and through the immobilized state seals of the mucous membrane. This process leads to rapid normalization of the mucosa of the intestine. The drug has no contraindications, is well tolerated, so it is actively used for the treatment of children.

5. "Lactobacterin" – contains lactobacilli, which contribute to improving the metabolism and restoring immunity. Effective for the treatment of dysbiosis in the form of light, as well as obesity and infections of the oral cavity. The drug is also effective for the prevention of intestinal infectious diseases, however, not recommended for children, candidiasis and hypersensitivity to its components.

6. "Prabakaran" – combo cheap version of "Linex", which you can use to quickly restore intestinal flora. Component of of drug are strains of active probiotics, which allows its use in diseases of the gastrointestinal tract, intestinal disorders, bisectrisa and infections of the oral cavity. "Polivektris" is an effective preventive and General tonic.

A large part of the described analogs is much cheaper than the "Linex" and pharmacological action is similar. Moreover, almost all medicines have no contraindications and is well tolerated during the reception. But if you decide to replace the appointed for the treatment of "Linex", it is necessary to consult with your doctor to avoid the occurrence of individual reactions and to avoid possible side effects in the complex treatment along with other prescribed medications.