How to take a "Almagel"

"Almagel" ("Almagel") is an antacid drug. Make "Almagel" is when acid-related diseases of the gastrointestinal tract. Part of the preparation of aluminum hydroxide upon contact with hydrochloric acid it forms aluminum chloride, thereby neutralizing acid. 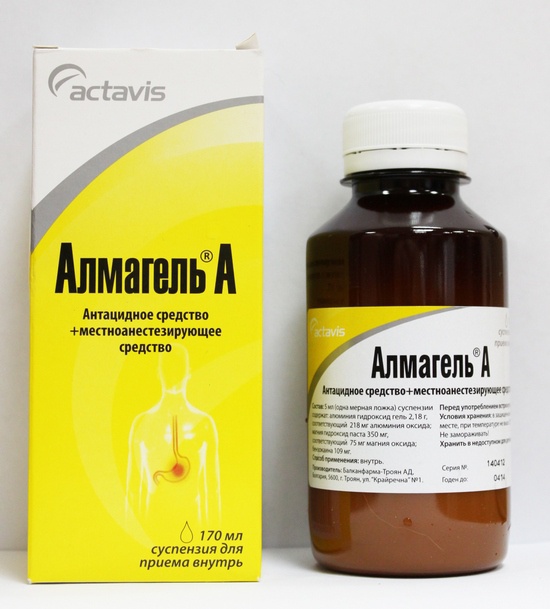 Related articles:
Instruction
1
Before you start to take "Almagell", is to determine which drug is right for you. Under this brand there are three types of medications. They are related as they affect the processes in the digestive system, but differ slightly in their effect. "Almagel" suitable for reducing heartburn. In the "Almagell And" is a pain reliever, so it is used for pain in the stomach. "Almagel Neo" includes in its composition simethicone and struggling with diseases that cause bloating.
2
Accepted "Almagel" exclusively inside according to instructions. If the drug is taken in suspension, prior to dosing, the bottle should be shaken. When the disease, occurring with vomiting, nausea, pain, therapy should begin with receiving the "Almagell" And after cessation of such symptoms to go to the reception "Almagell". While taking the drug in pill form for the most effective work tablet should be crushed in the mouth or under the tongue until it dissolves completely.
3
Adults the drug is administered in 1-2 teaspoons (2-3 tablets), if necessary dose increased to 3 scoops (3-4 pills). The daily dose of "Almagell" should not be more than sixteen teaspoons. Children up to 10 years appoint dose equal to 1/3 of the adult, adolescents from 10 to 15 years – 1/2 dose of an adult. Before treatment "Almagell" children under 10 years of age must consult a pediatrician.
4
Accepted "Almagel" 4 times a day, before bedtime and half an hour before or 2 hours after a meal. The medication should not be within 30 minutes to consume the liquid, during this time, "Almagell" will have its own healing effect. Course of treatment should not exceed two weeks.
5
Kept open bottle with a "Almagell" in the refrigerator for no more than six months. When pregnancy is allowed to accept "Almagell" and "Almagell" but not more than 5 days. Lactation as well as in chronic diarrhoea, pains in the stomach of unknown origin, ulcerative colitis and chronic constipation, the drug is administered with caution and only under the supervision of a physician.
Is the advice useful?
See also
Подписывайтесь на наш канал