Buttons of happiness: where and how they need to sew

Ancient sorcerers and shamans with buttons with four holes could ward off evil spirits and bring good luck. It was believed that button, or coin with a hole sewn in a special way, could affect the fate, changing it for the better. 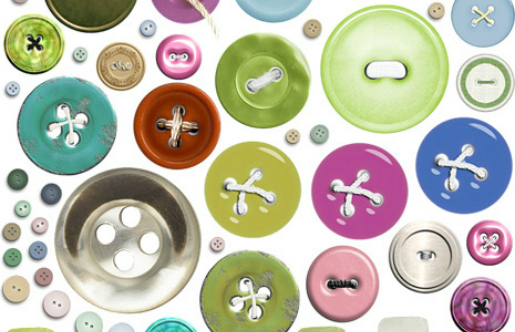 If you still don't know how to sew on buttons of happiness, it is best to use a special scheme. Use boot a needle and thread into the holes of the buttons, after selecting the picture you want. The scheme stitches on each button is a runic symbol that carries a certain value. 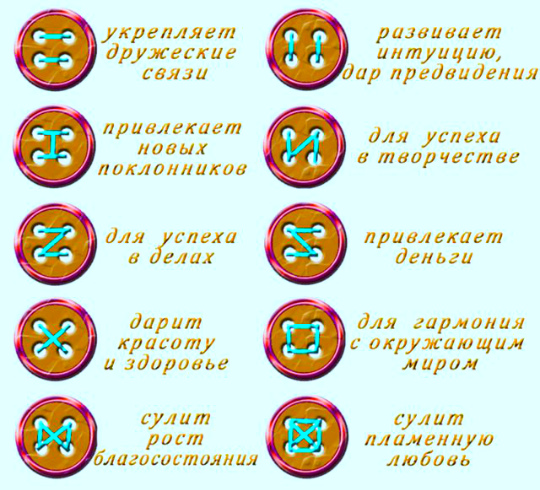 Creative types will fit the scheme in the form of the letter "I". Sewn this way, the button of happiness will attract new ideas and give inspiration.

If you sew a button stitch in a square, it will help to relieve stress, to rejuvenate, to balance the energy.

Those who have already met their love and wishes to strengthen relations, is to sew a button happiness in a special way – with a cross and then place this cross in a square.

But those who have not yet met your other half need to sew the button with a cross, and then the horizontal stitches joining the upper and lower holes to make the figure similar to an hourglass.

To attract into your life prosperity, you need to sew on a button so that the stitches formed a shape resembling a bow (like "hourglass", only in the horizontal direction).

To attract good luck, sew a button of happiness need stitches form the letter Z. Sew buttons firmly, so that their effect was stronger.

If you decide to make buttons of happiness, and where to sew them I do not know, feel free to attach them to the inner side of the clothes you most often wear.