How to cook meat hodgepodge home

Russian national soup made of mushroom, fish or meat broth with spicy seasonings, is called Solyanka. Meat soups prepared with meat of various kinds with the addition of smoked meat, sausages or sausage products. 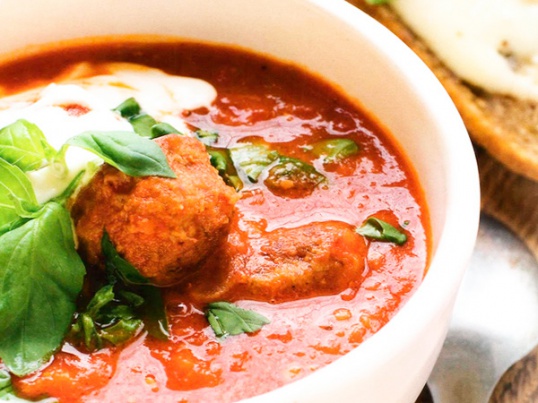 The history of food

Solyanka for the first time mentioned in literature in the 15th century. Originally this soup was called "villager". In Russia, this spicy and oily soup was a great appetizer to vodka and served as both first and second serves. Solyanka helped to get drunk, and quickly saturated the human body. For this reason, this soup is called "pohmelka".

For the preparation of meat soups at home you will need the following products:

To get a delicious meat-bag, you must properly prepare the broth. Beef on the bone cover with water and simmer for one and a half hours, not forgetting to remove the foam. Cook only on low heat. Otherwise, the broth can get very muddy. 20-30 minutes before the end of cooking the broth, add salt and spices.

As a spice use black pepper and Bay leaf. Keep in mind that the broth should be salted insufficiently, since all of the ingredients in the bag, so will make it very salty.

Meanwhile prepare the ingredients for the soups. Onions clear and finely chop. Carrots wash and grate on a fine grater. Vegetables should be fried on the pan, and then together with the tomato paste saute for 5 minutes.

Ham, salami and sausages cut into thin slices. Pickled cucumbers cut into cubes. Sieve the broth through a sieve, add the fried vegetables and bring to a boil.

In the boiling broth, add sausage, ham, sausages and cucumbers, boil for 10 minutes. After the specified time, the meat hodgepodge ready. Be sure to cover the bowl because the soup needs to steep. Bon appetit.