How to make an album for banknotes with his own hands

Bonistika – a fairly well developed view of the world of collectibles. But, like all collectors, people interested in collecting the banknotes, require special accessories for his Hobbies. First and foremost this album to store banknotes. Of course, they can be purchased in the store, but much more interesting to make this album their own hands. 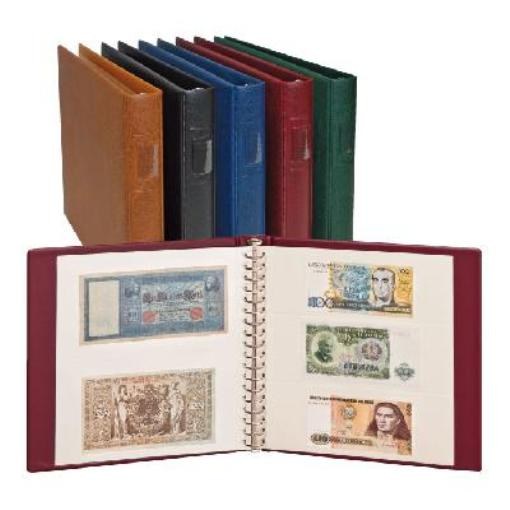 The easiest way to make an album to store bills – to use the folder with the files. These folders are sold in any stationery store. Plastic folder already contains sewn or glued in it transparent files.

In order to convert a folder to an album for the storage of banknotes, you'll need a soldering iron. Divide each file into two or 4 pieces. Drag soldering of fine lines, i.e., solder file at the marked locations.

When dividing the file height in two compartments for storage of banknotes ready. If you're going to divide the file into 2 parts across the width or on the 4 parts, you will have to cut holes in order to insert in the separation of the bills. In the first case, the incision is better to do on the side, and the second from the bottom.

The folder itself you can leave as is, or decorate an affordable and convenient way for you - pasted colored paper, lined with cloth and then just buy the cover. This album will allow you to admire the banknotes from both sides, without removing them. Instead of folder with the already built-you can use file folder file folder and transparent file.

Of the files and cardboard

You can attach spaced on both sides of the cardboard sheet in the file and to hold a soldering iron/sew is. In necessary places to make the incisions in order to insert the banknote. Then collect the finished sheets of your album for banknotes in a folder or sew. The album cover also can be decorated in any way. The disadvantage of this album for the bills is that the bill will be visible only from one side.

For the manufacture of album for banknotes made of cardboard you'll need cardboard scissors or box knife. Mark the piece of cardboard the size of banknotes. In every corner make a cut diagonally. The parts of the bill need to be inserted in these incisions.

Properly prepared sheets of cardboard need to be collected in a folder or flash. If you make between the cuts for the corners of the rectangular opening, the part bills will be visible from the other side of the cardboard sheet. The disadvantage of this album is that the corners of the banknotes will be slightly bent.
Is the advice useful?
See also
Подписывайтесь на наш канал