How to add a Bay leaf to soups

Bay leaf is a common spice that has a bitter taste and a pleasant mild scent. In cooking it is used in the form of dried or fresh leaves and powder. Lavrushka many of the dishes are starting to "sound" in new ways. 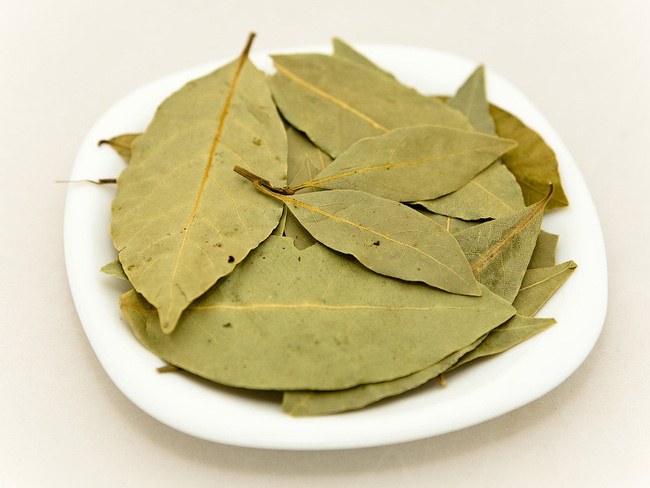 As the spices used Bay leaf, perhaps, all world cuisines. One of the main benefits of Bay leaf is that it is in proper storage for a long time does not lose its qualities.

Lavrushka is part of many spice mixtures. Among them one of the most popular hops-suneli.

Add a Bay leaf in the soup, usually for flavoring. It can be used both in dried and fresh form. Should not be a long time to boil a Bay leaf in the soup. It must be added in the first dish for 5-7 minutes until they are ready, otherwise the spice will give them too much bitterness. In the result the taste of the soup will not be on top.

Moderation is the cardinal rule of using this spice. However, the norms of bookmarks Lavrushka vary and depend on the traditions of a particular food. On average 1 - 2 and 3 - 4 leaves on a platter. So, on 3-liter pot of soup will be enough to add 2-3 leaf Lavrushka.

Once the dish is ready, the Bay leaf, you need to remove. Better to do it in 7-10 minutes. During this time, Lavrushka have time to give dish a pleasant taste and aroma.

Bay leaf, care should be taken to add to meals during pregnancy and breastfeeding. In the latter case the spice may not be the best way to change the taste of milk, causing the baby to refuse the breast. Application Lavrushka in large quantities is contraindicated in acute diseases of the liver, kidneys and heart.

Lavra is considered the birthplace of Asia Minor and the southern part of the Balkan Peninsula. In Europe, he came first as a therapeutic agent, but soon Lavrushka gained recognition in the role of spice. The Bay trees are cultivated since ancient times, that their branches were crowned emperors, athletes and heroes in Rome and Ancient Greece. In the middle Ages Laurel was a symbol of kindness, and also served as protection from lightning and evil.
Is the advice useful?
Подписывайтесь на наш канал