When hormonal failure in the female body begins to disrupt your menstrual cycle, and in some cases, there may be uterine bleeding. Such a process can seriously affect not only the woman but also on the entire body. To prevent the loss of large amounts of blood, you need to take drugs that promote blood clotting, one of these is did. 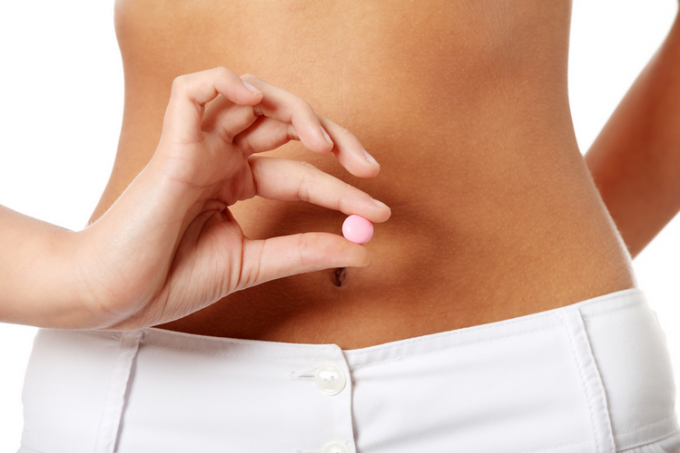 Related articles:
Sometimes, at least once in the life of a woman faced with a term such as uterine bleeding. Uterine bleeding is a phenomenon that is quite common in the menstrual cycle, due to hormonal disruptions. In normal in women cycle is divided into two phases – before ovulation and after.


Prior to ovulation the hormone estrogen, under its action in the uterus the endometrium grows, which serves as a "soil" for the growth and development of a fertilized embryo. In the second phase of the female cycle progesterone is produced, it supports the development of the embryo and helps to develop pregnancy. If fertilization does not occur, then approximately two weeks after ovulation, the hormone progesterone stops production, and come monthly.


When hormonal failure this cycle in the female body is violated. This leads to long or too short cycles, strong and long bleeding, which in itself adversely affects the body. When such losses of blood in women decreases hemoglobin and anemia. Of course, such cases cannot be ignored and need urgent professional help.


The most popular medication to stop uterine bleeding is did. He quickly promotes blood coagulation and formation of primary thrombi in the right place. Under its action a signal to the brain, which helps the body to allocate greater number of platelets. Did has an effect on blood vessels, they become more supple and elastic.


In immediate rejection of the inner layer of the uterus in women there is a lot of open blood vessels, called capillaries. It is on the capillaries, I has a fast action. After taking this drug heavy bleeding in women slows down and then completely goes away. The frequent uterine bleeding a woman is prescribed a course of reception of dicynone. The course lasts 2-3 months, pills starts with a 4-5 day cycle and lasts about a week.

Sometimes during pregnancy a woman feels uterine bleeding or spotting from the genital tract. This is not the norm, and in this case, women want quick skilled care. Dicynone is not fully understood, and it is not known what impact it will have on the fetus. Therefore during pregnancy this medication should be taken under strict medical supervision. A doctor prescribes these drugs only in cases where the risk to the mother outweighs the risk of effects on the fetus.

- malignant tumors in the blood;
- thrombosis of the veins;
- bleeding caused by anticoagulants;
- any allergic reactions to components of the drug;
- feeding of breast milk.


Uterine bleeding can develop in other diseases, e.g., tumors in the inner layer of the uterus, while polyps and fibroids. In such cases, the examination and identifying the cause of bleeding is vital for women, so doctors can prescribe, I to decrease the bleeding so that you can take the necessary measures for its elimination.
Is the advice useful?
Присоединяйтесь к нам
New advices