Herpes on the chin: what to do

Herpes can at the most inopportune moment to appear on the nose, lips or chin. This virus lives in the human body, makes itself felt by reducing the immunity, colds. Insidious disease requires proper treatment, which can be supplemented with folk remedies. 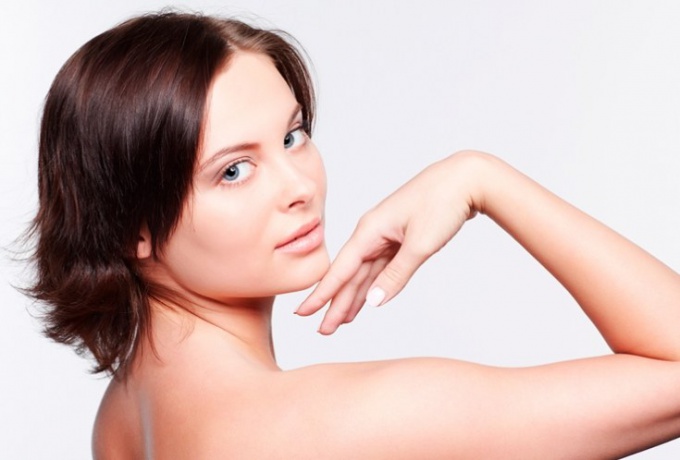 Symptoms and course of infection

Herpes in the chin area has virtually no prodromal phase, showing and itching, which are typical for the affected areas of the lips, there's hardly felt because of the rather coarse skin. Therefore, to anticipate and prevent such eruptions is complicated. Manifests itself herpes on chin the appearance of small areas of inflammation, redness. For hours first formed small, growing over time, the bubbles that are filled with fluid. They merge with each other, filled with liquid.

After a couple days the bubbles burst, and teeming with viral particles the fluid is flowing, form painful sores that crust over, gradually heal. After 10-12 days from signs of herpes on the chin does not remain and a trace. Herpes usually affected area is small, but in some conditions, the rash can spread to the cheeks, nose, chin and lips. It all depends on the specific condition, the immune system of the body. The rash may be accompanied by General weakness, fever, malaise.

Treatment of herpes on chin

If in addition to the pain and rash no other symptoms of herpes does not manifest itself, it is enough to coat the bubbles with disinfectant to prevent the spread of the virus to other areas of the body. To do this, apply oxolinic or zinc ointment on the herpes from the periphery to the center. Fluid from the vesicles must not penetrate beyond the treated areas. Can be used to lubricate the affected area antiviral ointment: "Acyclovir", "Zovirax", "Panavir", "Vivorx". They successfully inhibit the replication of the virus in places of rash.

Use proven folk remedies that will help to get rid of herpes on your chin. With the help of cotton swab remove ear some sulfur, put her rash. Cerumen is considered to be an effective means to eliminate itching, redness. Along with this it is useful to apply freshly squeezed juice of Kalanchoe, which should be applied as often as possible to herpes sores.

Deal with herpes on the chin you can use regular garlic. Peel the garlic clove, crush it or grate, put in cheesecloth, making a makeshift tampon. A little pressure on him to made the juice, apply to affected area on the chin. You can just RUB the sore cut along garlic.

Fir oil is considered an effective treatment for herpes on the chin, lips or nose. Lubricate them affected by the virus the skin every two hours. At the same time can increase the burning sensation, but not for long. Burning bubbles you can also use propolis tincture.
Is the advice useful?
Подписывайтесь на наш канал