The CV joint of the car, as the ball-bearing, practically indestructible unit. But only under perfect operating conditions. In fact under the dust gets wet, dust and dirt, which leads to the destruction of joints. 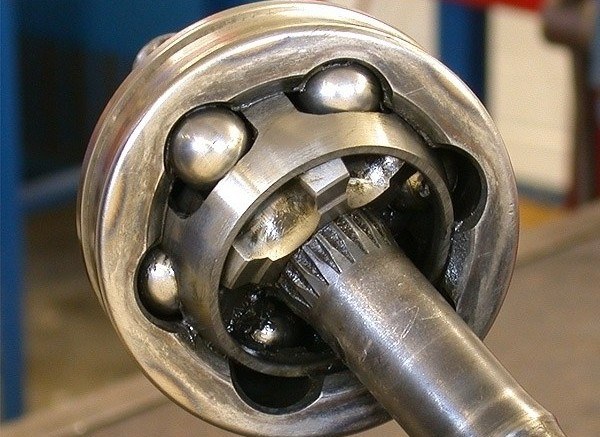 Related articles:
You will need
Instruction
1
Change grenades on the car VAZ-2115 with only fixed wheel stops the rear wheels. The front of the car needs to be lifted and for both sides to put supports for insurance. Not everyone available in such as a HUNDRED, so it is allowed to use strong wooden beams, and better stumps of large diameter (not less than 30 centimeters). Substitute stones, bricks, blocks, is highly undesirable, as they can not only penetrate the bottom of the car, but to crumble, which will lead to the inevitable fall of the car.
2
Loosen the wheel bolts to the hub. Only after hanging the front of the machine Unscrew them completely and remove the wheels. To replace CV joints best alternately. First one drive, then on the second. Firstly, it is impossible to extract from the checkpoint at the same time two grenades without a special plug. Second, it is much easier to repair, first one side, then the other. If there is a partner, it is possible to work synchronously on both sides of the car.
3
Loosen the nut on the hub. This is more convenient to use a head 30. It is necessary to weld a meter long piece of pipe (it will be a good lever). First raskontrit the nut using a punch, only then twist it. It is tightened with too much force, so to disrupt its simple keys would be difficult. Keep this in mind during Assembly. Pliers or a platypus remove the pins from the tie rod end. After the key 19 remove the nut.
4
Install the puller on the thrust and slowly trying to bolt on it, obtain the release of the finger from the knuckle strut. Swivel key 17 Unscrew the two bolts which are screwed ball bearing. Remove the grenade from the outer wheel hub. Half the way left to remove the inner CV joint. First drain the transmission oil from below after removing the drive it does not leak. With the help of a chisel and hammer to extract the grenade from the domestic CAT. For this purpose you can use the crowbar on the box have emphasis.
5
Clamp as tight as you can drive in a vise after removal. Loosen the hose clamps and boots can even be cut to not interfere. But it is better to turn inside out. Sharp blows with a hammer on Cruzam will knock them out of the drive shaft. The shaft also need to be thoroughly cleaned, washed in solvent and wipe dry with a cloth. It is not recommended to mix old grease with new. To assemble the actuator should be in strict sequence. Strung on the shaft clamp and protective boot, then put the snap ring.
6
Fill the grenade to the drive shaft. This can be done with a simple hammer, just put in place of bronze punch or wooden lining. Apply a sharp, but not strong blows. Fanaticism do not show in this case. Installing the universal joint, squeeze all the grease that came in the kit in the boot. Now we have to pull the protective boot on the grenade and lock clamps. Similarly replace all grenades on VAZ-2115. And the Assembly of all components in the reverse order.
Useful advice
When removing both inner CV joints need to observe safety precautions. Remove the first one, but instead put a plug. As the spacer, fit a section of pipe. It will not allow to collapse the elements of the differential.
Is the advice useful?
See also
Подписывайтесь на наш канал