Ranked list of certain objects is a list, ordered according to specific criteria. The choice of such a criterion can be based on different motives. 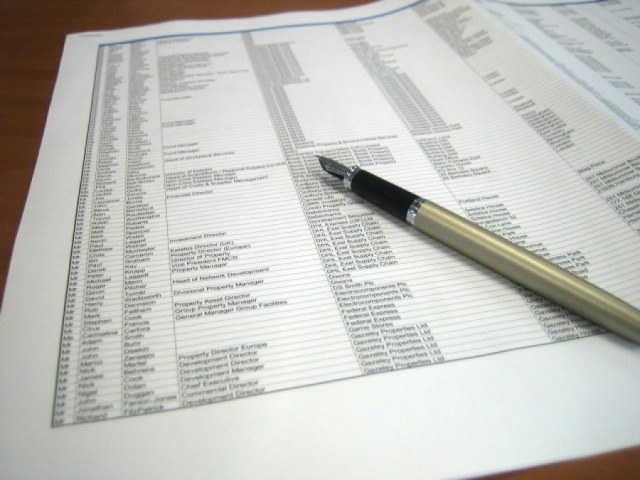 Content procedure ranking is the process of organizing objects depending on the values of a particular characteristic corresponding to the given object. The basis of this term put the word "rank", which, in turn, is derived from the English term "rank," which can be translated as "category", "category", "class".

From the point of view of the technical side of the procedure, the ranking is based on certain algorithm of assigning grades to each of the objects included in the considered set. So, the most common algorithm is based on the principle, in which the object having the maximum characteristic value is assigned the highest rank, and the object having the minimum characteristic value - the lowest rank. The highest rank is 1 and the lower number corresponding to the number of objects in the analyzed set. For example, if the criterion for ranking in a group of 15 boys is the growth, rank 1 will receive the highest boy with a height of 192 cm, and a rank of 15 with a low boy, with growth of 165 centimeters.

In the case that two or more objects are characterized by the same values, they are assigned equal ranks, each of which is equal to the average amount of the considered grades. For example, by ranking the results of audit work in group of 5 people, you can face a situation when one of its members received a score of 5, one rating of 3 and three 4 rating. Thus, the student will receive a rank of 1, Trinity - grade 5. By the way, students who received a score of 4 will be assigned the same rank should be calculated as the arithmetic mean of the ranks that will be divided between them, namely grades 2, 3 and 4. Thus, the average rank of these students = (2 + 3 + 4) / 3 = 3.

In practice in modern Russia build ranked lists of the most actively used by educational institutions that thus order students wishing to enroll in this University or another institution. In this case, the criterion for ranking is the sum of points which each graduate received on all exams that are mandatory for admission.

On the basis of this figure line up ranked lists of applicants, in which the highest positions are occupied by young people with the highest total number of points and the lowest - those who scored the lowest number of points. Based on these lists, sometimes referred to as ratings of applicants is carried out subsequently enrollment.
Is the advice useful?
See also
Подписывайтесь на наш канал