What is the hypersthenic body type

The owner of a hypersthenic variant of the build, is a large, thick-set man, about whom the people used to say that he has "heavy bones". Be gipersteniki can both men and women. 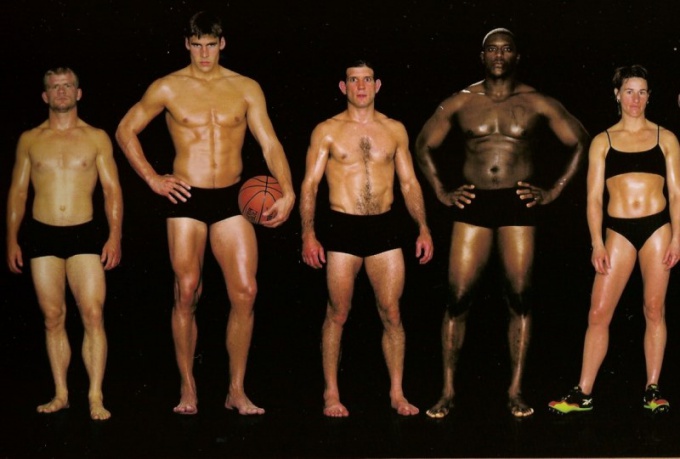 Hyperstenic and other body types

Hypersthenic type of Constitution is one of the three main options, which are characteristic of the human figure. There are a normosthenic and asthenic body type. Other names for these types of shapes are respectively endomorph, mesomorph and ectomorph.

The type of human body is mainly determined by its genetic predisposition to a particular type of figure and is given to him from birth. Of course, in the process of life people can change the shape of your body, for example, losing weight or recovering, gaining lean muscle mass. However, to radically change the type of his physique he was not able.

Features hypersthenic type of the Constitution expressed in the characteristics of the human body - the structure of internal organs up to the design of the skeleton. So, with regard to the internal organs, hyperstenic commonly has a large heart, and his rounded chest leads to a relatively high position of the diaphragm.

Its skeleton consists of large and heavy bones, and the bones of the extremities it is usually not very long, resulting in gipersteniki has quite short arms and legs. Men of this body type usually have a well-developed shoulders, and women - wide hips.

People with hypersthenic body type, usually from nature equipped with a large number of muscle mass compared to other types of shapes. Due to the weight of gipersteniki with a normal body mass index, as a rule, at 7-10% higher than normostenik. Nevertheless, experts emphasize that gipersteniki prone to adipose tissue recruitment: this is a fairly slow metabolism, in which a significant portion of calories deposited in fat. Therefore, people with this type of shape to write off the weight gain entirely on "big bones" it is not necessary: it is necessary to carefully control your diet and exercise.
Is the advice useful?
Подписывайтесь на наш канал