White bread is not considered so useful as, for example, a hundred years ago. But when people hear about the morning "warm toast with marmalade and fresh butter", it can not resist. White bread is now to make it even easier by using the bread maker Supra bms-150. 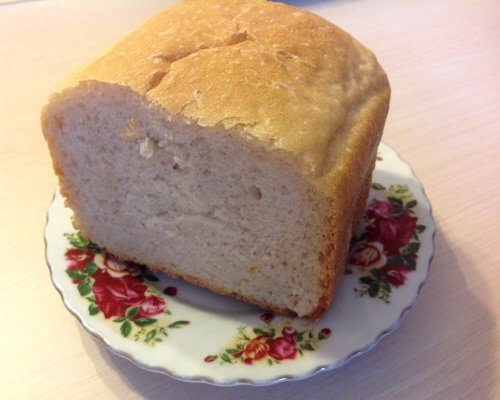 Related articles:
You will need
Instruction
1
In the bucket of the bread maker Supra bms-150 pour vegetable oil and water. Fill salt, on top of white sifted baking flour. To make the flour deepening and fall asleep there yeast.
2
Set the bucket in the bread machine. Close the lid, turn on the program "Main". Immediately started the first batch, so it is best to cover the bread machine was closed.
3
After the first batch will take about half an hour and you'll hear 10 times beep. He will inform you that now you can add ingredients such as sunflower seeds, walnuts, raisins, or spicy pot. Start the second batch. After that the dough will rise about two hours.
4
After two and a half hours from the start of the program automatically starts the baking process, which only takes half an hour. If the bread is removed from the crust it will be very tender and light, but if you leave the bread on automatically switch on the heating for another hour, the crust will become stronger and darker.
5
Removing the bucket from the bread machine, turn it upside down over a towel or a special grille. Don't forget to remove the blade from bread if it is not stuck in a bucket that also happens.
Note
The recipe is for a yield of 450-500 g for breadmaker Supra bms-150.
Is the advice useful?
Подписывайтесь на наш канал