The risk of miscarriage in early pregnancy

Miscarriage is called spontaneous abortion. The causes may be different, but in each case it turns out to be a serious challenge to women's health. 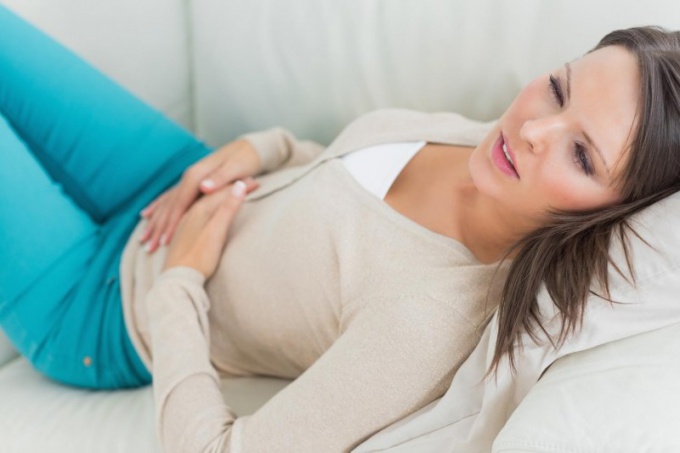 The causes of the threat of development of spontaneous abortion in early pregnancy can be multiple, the most frequent ones include the following:

- genetic abnormalities, when the immune system women determines the defects in the genetic code of the fetus and expels it from the body. In this case, natural selection is triggered;
- hormonal imbalance in a woman's body are often the cause of spontaneous abortion;
immunological incompatibility between fetus and mother: rhesus incompatibility where the mother and fetus with different RH blood factor.
- chronic infectious diseases of the body are often the cause of early abortion. On the development of inflammation is influenced by earlier abortions, they can also trigger the development of infertility in women.
- some medications or herbs can cause hypertonicity of the uterus and the early interruption of pregnancy;
- maintaining unhealthy lifestyle: Smoking, alcohol, poor nutrition, stress can be a cause of early abortion.
- excessive physical strain, trauma of the abdomen or a fall may also cause miscarriage.

Types of spontaneous abortion and early onset of miscarriage

The main symptom is pain in the abdomen and lower back. In addition, possible bleeding from the genital tract. The doctor for an ultrasound can determine the hypertonicity of the uterus, which in the early stages often leads to spontaneous abortion. Depending on the nature and stage of the process there are several different types of miscarriages:

threatening a woman said painful cuts, the ultrasound increased tone of the uterus;
- begun – in this moment the fertilized egg begins to be peeled from the walls of the uterus, and its neck is revealed, ready to release it from the body. There are severe cramping pain and starts bleeding. At this time there is still a chance to save pregnancy;
- incomplete abortion – part of the ovum is released outside of the uterus – pain and bleeding increase;
- a complete miscarriage ovum came out of the womb, cervix closed – contractions have stopped, the bleeding ended.
- frustrated miscarriage ovum was lost, but remains in the uterus.

What to do when threatened abortion

To avoid such threats, the woman should get up early on account of pregnancy and childbirth. If there are alarming symptoms, you need to consult a doctor. Special examination will help the doctor assess the level of a real threat to the continuation of pregnancy and prescribe treatment for removing uterine tone. To preserve the pregnant woman is assigned hospitalization, complete rest with the exception of stress and physical activity. To remove the threat of abortion prescribers-antispasmodics, vitamins, and hormonal therapy when indicated.

To prevent the development of complications such even at the planning stage of pregnancy, a woman needs to be tested for hidden infections, treat them and give up bad habits. Of great importance is also the correct positive attitude and a calm emotional state of a pregnant woman.
Is the advice useful?
See also
Подписывайтесь на наш канал