How to make feathers for arrows

The feathers on the arrows is necessary for stabilization of flight, the arrow flew straight, not leaning and not turning over in the process. It is best to use feathers goose feathers. 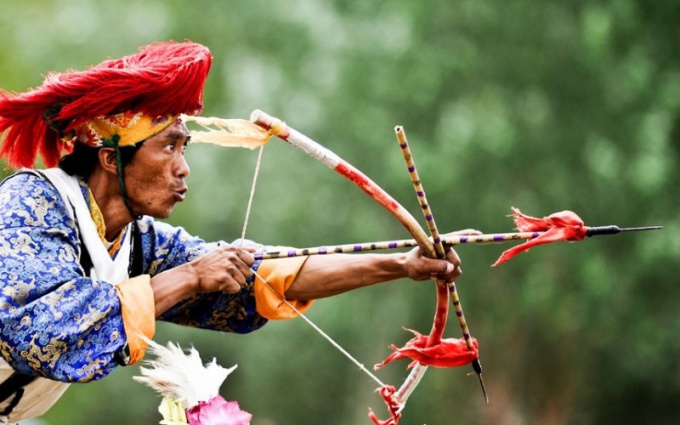 Related articles:
You will need
Instruction
1
The tail boom will consist of three goose feathers that will stand up to each other at an angle of 120 degrees. In order to start making feathers for arrows, take the goose feather. Looking at it, you will notice that one side of the pen a few for the second. Take the scissors or sharp knife and cut the narrow part of the pen along the rod. For one boom you will need a wide part three goose feathers.
2
Each part of the future tail boom, cut the rod so that before the start of the pile remained about one centimeter. The end of the pen where the rod becomes narrower, cut approximately five millimeters. Next, cut off this side for another five millimeters, but without touching the rod, this place is fast-feathering.
3
Take the arrow shaft and three prepared pen. Select the feather so that the thin ends of the tail have not reached the end of the boom by approximately one centimeter. Install the feathers so that between them turned out to angles of 120 degrees, with one feather must be parallel to the arrow shaft.
4
Prepare the skin. Holding the feather with one hand, take the thread, and then pass it under one of the feathers so that the length of the missed end was equal to ten centimeters. Not cutting the thread, establish the feathers to the arrow shaft. Missed the end tie a knot.
5
Take the thread length of 40 centimeters, insert the thread in the needle, but the node is not enough, as the feathers of the arrow should sew in one thread. Tie one end of yarn to any Peru at the base, in the place where it ends fast. Establish the feathers on the entire length, the distance from stitch to stitch shall be one inch. Try not to break the hairs. The remains of the threads will secure the feathers at the thin end.
6
Take the glue and carefully stick the feathers together with a rewind to the shaft of the bolt, do not get glue on the NAP, otherwise when shooting the tail can break.
7
Using scissors or a sharp knife give the plumage a conical shape expanding from the tip of the boom.
8
Feathers for arrows ready!
Useful advice
One arrow must be feathers from one wing, that is, either the feathers from the right wing of a bird, or from the left.
For making feathers for arrows you can use feathers and other birds, however, do not use crow feathers, they are too fragile. Perfect length these purposes the feathers of ducks, Muscovy ducks, wood grouse, black grouse, Turkey.
Is the advice useful?
See also
Присоединяйтесь к нам
New advices