When and how to harvest the vine for weaving

Vine for baskets can be very different, weave products from debarked debarked and rod. Technique also differs, as the resulting product. 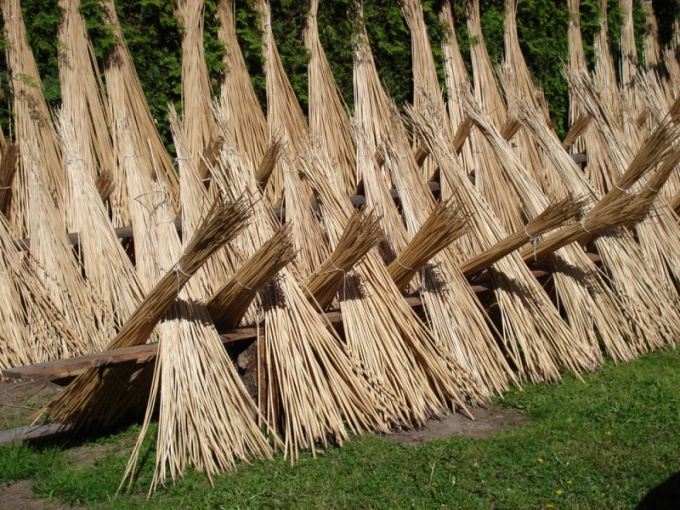 The best time for harvesting

In order to weave from debarked neskorenykh rods, blanks can be carried out all year round. For those of twigs, the bark from which is to be cleared, and the rods to boil, terms are tougher, and come approximately from October-November. Start harvesting after the first frost, because at this time the buds on the branches are hidden inside, making the sticks more smooth and clean until next spring. The second half of winter, beginning in mid-January, the rods become more viscous and flexible, color them in this time after boiling darker.

White bars, the so-called juice, the cut or the beginning of may or end of August. Between these months of a rod is growing rapidly, and by the end of August grows enough, although the crust it is still very easily separated. At this time the rod is brittle, soft and herbaceous, easily splits and breaks. To the bark are better departed, often turn into autumn rod in juice. To do this, cut the vine and put at room temperature in a tub of water, changing the water in a month. Then sanded the rod easier. With the same purpose, the rods rinsed with boiling water.

Juice bars, it is preferable to sanded in place of the workpiece and immediately dried in the sun, turning for even drying. If drying on the ground, the rods are stained, so it is better to use the decks, but during a rain - sheds.

To find out whether suitable vine for weaving, one fairly simple way. To do this, cut the branch bend closer to the thick end, butt. If the rod stand bending 180 degrees and not cracked, this Bush can be cut vine. Of brittle twigs to weave artworks will be difficult, it will dislocate during work.

Despite the fact that the tools for harvesting wicker is not used a lot, every master will cut the vine on its own. Made trimming the vines serviceable sharp shears convenient master size. With the bushes cut only one year old shoots, if the rod is thick, from the trunk, leaving 10-15 cm Of the remaining kidney in the next year, fresh shoots. Truncation is done at a slight angle to the stump, too, has been sharpened.

Cut the rods assemble into bundles, and each bundle can contain up to 500 bars, depending on production volumes. Collected in bunches a vine is easier to gauge the length and thickness to work with her. When weaving you need to have a sharp knife, container for mixing, pliers and a screwdriver. After the first experiments, the list of materials for each wizard may have changed slightly.
Is the advice useful?
Присоединяйтесь к нам
New advices