How to weave washcloth

The original washcloth, hand made, not only useful in bath day, but also decorate the interior of your bathroom. Weave it like you can with the Shuttle and without any devices, depending on what washcloth you want. In any case, you must find a hard strong thread. 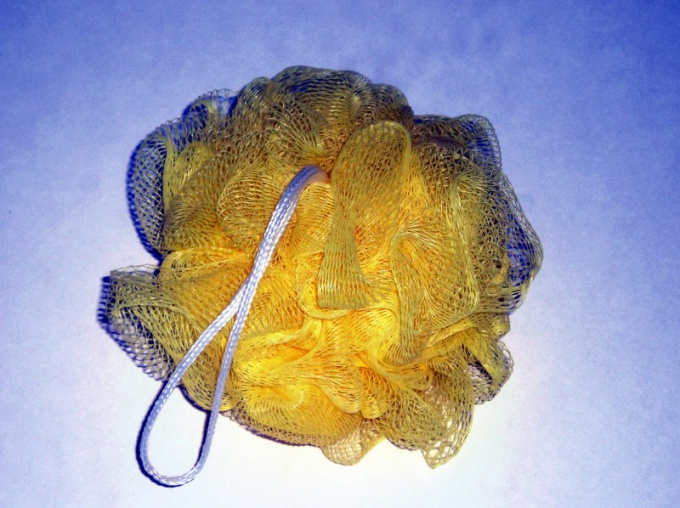 Related articles:
You will need
Instruction
1
Cut from the roll of synthetic thread string length of 7-8 cm strap her in the ring with any solid unit. Cut a few strands equal in length to the diameter of the future wool. Fold them in half. The ring can be hung e.g. on a nail or on the ledge back of the chair to spin it easier. But you can do it later.
2
Folded double thread guide ring in place of a bend to make a loop. In this loop pull the free ends. Capturing the thread of the ring. Tighten the knot. Watch to the ends of the filament remained smooth. Similarly, attach the following thread and all the others. You should have something like "sun" with numerous rays. Thread basics can be mixed. You can make two-tone loofah, perform the base and sheath of different types of synthetic twine.
3
Bend away from the ball a piece of thread with a length of 5-6 cm do Not cut it, and tie to one of the beams in place of its connection with the ring. It is necessary to mount the same way as are the rays, that is, pulling the loop and dragging it to the end of the thread and a ball. The end of the thread align with the beam.
4
To braid the basis reps knots Woven in such a way in a spiral washcloth get softer than if you make a direct or oblique nodular weaving. The rays of the basics, you can twist one or in pairs. With either method, the thread from the ball guide under the next warp yarn, pull it up and repeat this operation make one revolution. The following thread will cover the first from the top, swipe down, pull up again and also make one revolution. The third thread wrap as the first, and the fourth like the second. Braid spiral until you get the desired range of diameters. Thus the free ends of the beams should be of length 5-6 cm.
5
The penultimate number, follow these nodules. The thread from the tangle do not wrap around each beam, and tie it with a double knot. The ends of the tie beams in pairs. If you wound a pair of warp threads, separate them and every bond with a nearby neighboring filament pair.
6
The handle can be crochet or weave. In the first case, don't cut the thread and tie a chain of air loops of the desired length. Tie the other end to the sponge to form a loop. Tie a chain on both sides of the bars without nakida or polostevichi.
Useful advice
For weaving such sponges, you can use hard natural skin. You can dissolve a clothesline or a piece of burlap.

A rectangular sponge is better to weave nodular weaving. First weave the handle, leaving the edges of the ends of the strands of such length that they can be linked in a loop, the width of which is equal to the width of the washcloth. This loop is folded in half tie the warp threads. From the left, tie the thread from the ball. Braid loofah, straight or oblique nodular weaving.
Is the advice useful?
See also
Подписывайтесь на наш канал