How to deal with delusions of persecution

The state of constant persecution, of someone's presence and anxiety may indicate the presence of mental illness. It was called mania or the delusions of persecution. With this disease you need to fight. 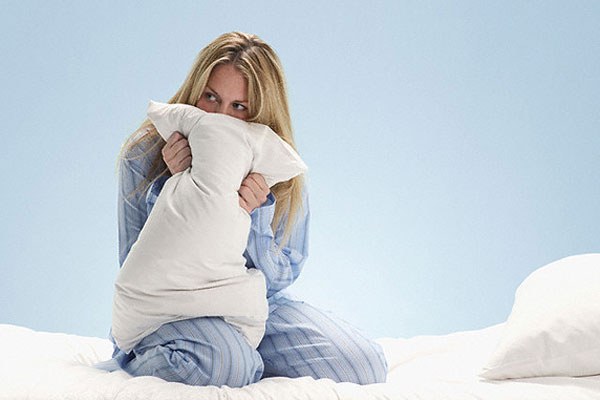 Related articles:
Instruction
1
Persecution is a condition in which a person feels someone's presence and observation. It's bothering feeling of anxiety, which leads to suspicion. Persecution by any other name is nonsense and belongs to the signs of dementia.
2
Psychiatrists have long been studying the mania of persecution, but the exact reasons of its occurrence until the install failed. Some of these doctors include genetic predisposition. Psychological trauma, according to the psychiatrists, too, can trigger the development of this disease. Such injuries can be attributed to an unhealthy atmosphere at work, in family, social problems.
3
Causes delusions of persecution may become drug or alcohol poisoning. This disease can cause brain lesions, such as atherosclerosis, Alzheimer's disease. Disorders in the Central nervous system can also lead to delusions of persecution. And finally, another reason for the development of the disease doctors call stress disorder.
4
Persecution mania can be recognized by some symptoms in humans. These include isolation, constant feeling that someone is harassing or threatening, distrust of people, a tendency to self-isolation, suspiciousness, insomnia, constant tension, fear, aggression.
5
Noticing the man these symptoms, you should immediately treat him to a specialist. As a rule, people with delusions of persecution consider themselves completely healthy. But if at least some of the symptoms showed themselves, it is necessary to force the patient to consult a doctor, because only at the request of relatives, the person may agree to go to a specialist.
6
Persecution is difficult to treat, as long-term study of the disease have not yet yielded significant results. The main cause of delusions of persecution believe a violation of the functioning of the brain. Therefore, the diagnosis of this disease was repelled by this view. The therapist holds not only the conversation with the patient but sends him for x-rays and magnetic resonance imaging of the brain, and electroencephalography.
7
If the disease has a light form, a psychiatrist limited conversation with the patient. At the reception, the doctor prescribes a person with delusions of persecution necessary drugs. Over time, they help to overcome the disease.
8
In difficult cases, when the patient shows aggression and tries his fists to prove his innocence, he is taken to the clinic. Treatment of delusions of persecution occur with insulin therapy, tranquilizers, electroshock therapy, psychotropic drugs, sedatives, and psychotherapy. If the cause of the disease become drugs, alcohol or medicines, you need to stop taking them and go through rehabilitation.
9
Shock therapy not used in the forms of paranoid delusions of persecution. In this case it is ineffective. This also applies to insulin.
10
Drug therapy is inefficient, if not to combine it with other methods. Tranquilizers, sedatives and antipsychotics can help to calm frayed psyche. They will prevent the exacerbation of the disease.
11
Psychotherapy is effective in the case of the use of hypnosis, as the beliefs of the sick person almost can not be adjusted from the outside. Creating a successful relationship in the family will go to the patient to use. We must remember that persecution in the absence of necessary treatment can lead to depression, schizophrenia, harm to others and to yourself, paranoia.
Is the advice useful?
See also
Подписывайтесь на наш канал