How to be able to defend yourself on the street

Very often the conflicts on the streets end in a fight, often with the use of bladed weapons or everyday items. To avoid a sticky situation is not always possible, but to prevent the consequences of the injuries and injuries are possible. This should learn to protect themselves on the street. 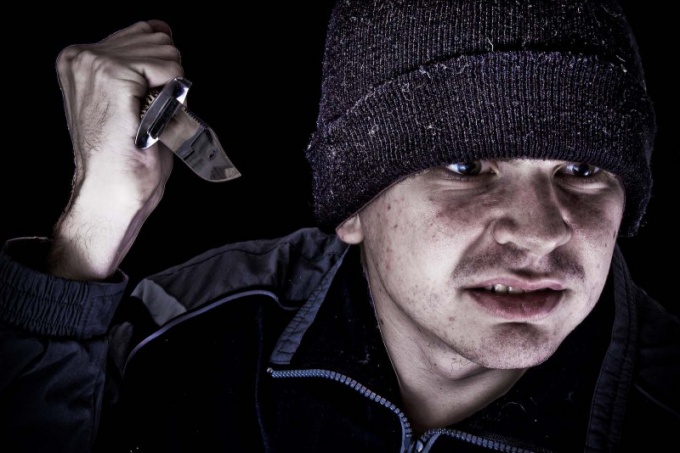 Physical strength and agility are the main components of victory in a fight with street thugs, even for someone who has no self-defense techniques and defend yourself using improvised means.

All those who frequently fight, know that the most fearsome fighters is a village guys and athletes. The villagers do not poison your body with booze, as a rule, have a good physique. In addition, the village fights is normal, and in many villages sports – the only entertainment for Teens, not addicted to alcohol. So the men of the village are often experienced fighters with high psychological preparation, no wonder the presence of weapons in the hands of the enemy.

Almost all sports excellent develop General physical fitness, the athletes, even non-combat sports in the fight strong, tough and coordinated. Volleyball players and swimmers, for example, can strongly influence hand, and the players – foot. In team sports are strong in group fights. Titled wrestlers and boxers have a good chance to emerge victorious against an armed opponent or against the group of attackers. Dangerous opponents are considered and pitching, if you do not eat a variety of chemical additives.

Even simple Jogging can save you from many troubles, because the most probable aggressors – bullies, thugs and drunkards, hardly able to catch up with the trained person, even at short distances.

As the name implies, they are designed to make the common man a warrior able to stand up for yourself, for the family on the street. However, in the second half of the 20th century, many martial arts are commercialized and turned into one of the varieties of diet.

Therefore, if the purpose of visiting the school of martial arts is to learn how to defend yourself on the street, make sure you choose need for this. First, training is gymnastics, religion and philosophy must be a serious physical training. Almost all types of combat systems don't work without it. Second, competition and training fights should be held in full contact. Those who are afraid of the blows in the face and never win on the street.

Don't look for trouble. Even if you really want, consider this: are you ready to risk health or life in a fight with a bunch of hoodlums? Not the fact that it will happen today, but it made sense to put there, where it could happen. It would be foolish to walk through the dark streets of disadvantaged neighborhoods, to sit in dubious bars and Nightclubs. Even more stupid is to do it with my girlfriend.

Do not give in to provocations. Most conflicts start with this. Not find out relations with the insult you thugs and inadequate personalities.

Don't panic. Even if the situation worse panic can be even more ruin. Think you want the aggressors, what they are willing to go and how dangerous. Think that it is possible to oppose them. In many cases, it is possible to find a suitable subject to use it as a weapon. Stick, a stone, a bottle, a belt with a massive buckle, stool, Cutlery – all of this you can turn into a dangerous weapon. Sometimes it helps the element of surprise is to strike first so that the opponent did not get up. An unexpected blow to the jaw or in the groin, stunning bottle of beer or a chair – all this may resolve the looming conflict in your favor.

In a situation when you have to protect your girlfriend or wife, sister, son or daughter, you have to fight to the end, by any means and using any weapons. The girl needs to escape and call for help struggling. If she stays, she still will not help. And if you run far and run so far to the police, the idea to bring the fight to murder will seem unattractive to attackers. To run away together, too, will fail – usually the girls run slower than men, especially in heels.

Think only before the fight and after it. During the fight, any hesitation is harmful and dangerous better trust your instincts, physique and established techniques. Any, even the most logical and correct reasoning greatly retard the reaction, and this is a guaranteed loss.
Is the advice useful?
Подписывайтесь на наш канал