Whether in September to go to Montenegro to relax

Montenegro is popular among Russian tourists country located right on the coast of the Adriatic sea. The swimming season usually opens in may, and tourists gathering here in September, often doubt, whether the water is warm enough. 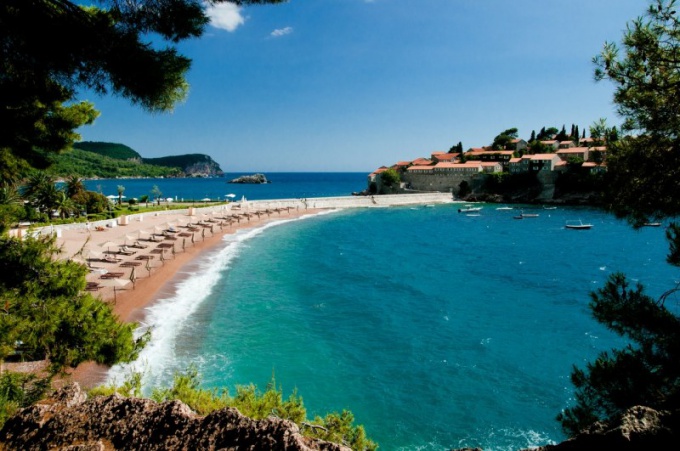 Montenegro, which in some European languages is also called Montenegro, is a relatively small European state, the area of which is less than 14 thousand square kilometers. It is located on the shores of the Adriatic sea, so tourism is one of the main sectors of the economy. In the state houses several well-known seaside resorts, including the sea coast near the towns of Herceg Novi, Budva and others.

In addition, a steady stream of foreign tourists for Montenegro is important for another reason: the fact that the country is not among the countries that are participants of the Schengen agreement, and only claim to this status. The main currency circulating in the country, now is the Euro. However, not being a member of the Eurozone, Montenegro has no right to issue this currency on its territory, therefore, receipts of cash from foreign tourists is the main source of inflow of euros to the state.

In addition to the beautiful beaches and warm sea, tourists are attracted to its cultural diversity and national identity. So, the country's capital Podgorica, and some of its ancient cities, for example, the village of Cetinje, represent remarkable examples of traditional architecture, complemented by a developed tourist infrastructure, allowing to estimate the national cuisine, music, clothing, and other cultural elements of the country.

September in Montenegro is traditionally considered the "velvet season", which is preferred by those who wish to enjoy the comfortable weather in the absence of a tourist boom. The average temperature in Montenegro in September is lower than in July or August, but it still rarely goes below +25°C during the day, that is quite comfortable, including for bathing.

An additional reason to visit Montenegro as a beach resort in September, is the temperature of the water in the sea which had a great warm up for the hot summer months: in September it reaches +23°C, becoming thus practically equal to the ambient temperature. This provides swimmers exceptional comfort at the time of entry and exit that can be very important to tourists with children.

Rains at this time of year is quite rare, and if they are, they pass quickly enough. If in the course of your vacation will be one or two cool days, it does not hurt rich rest: on the contrary, these days can be used in order to give the skin a rest from the sun and to get acquainted with numerous historical sites of this unique country.
Is the advice useful?
See also
Присоединяйтесь к нам
New advices