Who is the fighter of invisible front

The phrase, or in modern parlance – "meme" - "the fighter of invisible front", is born in the period preceding the second world war. Roughly – during the Spanish war with the Nazis. It was then that dozens, if not hundreds of European and Soviet soldiers, journalists and ordinary guys who hate United with Franco, Mussolini and Hitler, became the fighters of the unrecognized in their countries of war – soldiers of the invisible front. 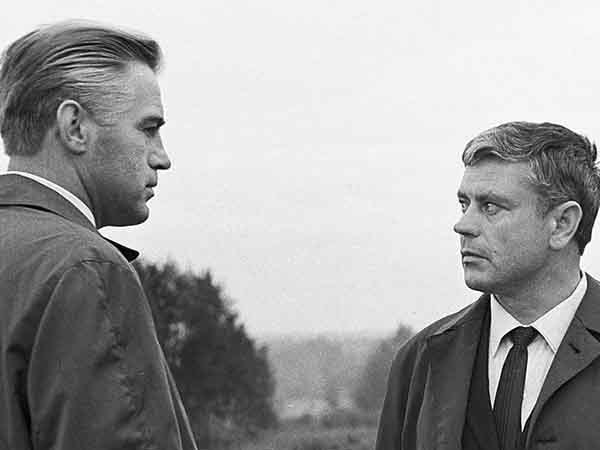 Related articles:
In grey-grey coat, in black-black hat, in black-black gloves, black sunglasses sitting on a Park bench. Next to him was mandatory in his hard work, the magazine "Ogonek", but in his hands he was holding the newspaper "Komsomolskaya Pravda". People read an article about "the Elusive Injun Joe". This was the most famous Soviet fighter of invisible front, who waited for liaison Joe. And it's not that the fighter has not been seen, he was just useless, however, like its American counterpart, the elusive Injun Joe. Actually this "invisibility" and "elusiveness" and features a soldier from the soldiers of the front visible with tanks and machine guns. The important thing is that they are all something and someone to fight. If "our" side – they are scouts and fighters, if the enemy spies and the aggressors.

Under the Soviet regime "soldiers of the invisible front" is consistently called scouts, warriors, anonimschikov. Such is the degradation of this "meme".

Among the soldiers of the invisible front was truly outstanding individuals. The life of each of which is a written and unwritten novels. But even those who do books, to this day a lot to tell impossible. In their biographies still much remains "secret".

In particular the archives of the GRU kept secret for centuries in the personal Affairs of the legendary scouts, thanks to which the victory over fascism happened no later than the spring of 1945: Richard Sorge, Kim Philby, Rudolf Abel (Fisher), Julius and Ethel Rosenberg, Eugene Bereznyak, Vladimir Barkovsky, George Blake, Gevorg Vardanyan, Konon Young.

But the war was over and new scouts know peacefully living citizens are not supposed to, otherwise it's not intelligence, unprofessional and stupid misunderstanding, such as those who was discovered in the U.S. in recent years: Vladimir and Lydia Guriev ("Richard and Cynthia Murphy"), Michael Kutsik and Nataliya Pereverzeva (Michael Zottoli and Patricia mills"), Andrey Bezrukov and Yelena Vavilova (Donald Heathfield and Tracey Foley"), Mikhail Vasenkov (Juan Lazaro) and Mikhail Semenko, and, most famous of all the losers, – the apotheosis of "sexual bait" Anna Chapman and journalist from Peru who worked in the US, Russia, Vicky Pelaez.

So was the evolution or rather the degradation of the concept of "soldier": soldiers and scouts to the "critics in the civilian" fighters with dissent in the KGB; then to the warriors – "helpers" police, but mostly just self-affirming, Dorval to power a small Komsomol Hamam; anonymice – the people who write in Newspapers, denunciations and lampoons unwanted neighbors and colleagues; and, in the final, "fighters for the cache".

The Internet age has spawned a new kind of "soldier": video on a daily basis, modestly but firmly, and sometimes with all possible passion for the chosen "case", struggling with the reality around them and enemies.

First on the list – system administrators: system administrators computer. They, as a rule, absolutely stone-faced and indifferent to what is happening, find missing due to the strange manipulations of the hands of the computer "dummies" the x-files, buttons, daddies and passwords.

The second can be called a computer Troll – provocative strange personalities, which are often for very little money, but sometimes by his heart, seeking to bring to distraction, to distraction of participants in any Internet debate. In some ways they are akin to the departed into oblivion warriors: also like to assert themselves at the expense of others and fuck for a little bit symbolic of money.

And here is the third in the list of modern "fighters of invisible front" can be homegrown conspiracy theorists: modern Housewives, popular bloggers, writers, and historical "re-enactors" - ie all fans of world of conspiracies that bring clean water to those whom no one has ever seen, but who necessarily exists, is simply can not exist, otherwise life is wasted.

Conspiracy theorists usually on the Internet fighting globally in the geopolitical context. Their struggle is aimed at identifying and exposing members of the secret world government and its conspiracy. It is sometimes combined with a world Jewish conspiracy. However, it remains unclear why, if this conspiracy exists, the Jews, invented in the twentieth century, almost all the military and technical means of mass destruction, kill all your enemies at once and heal quietly and kindly. But the conspiracy theorists have their "irrefutable" arguments.

So, among the main enemies of the modern "fighters of invisible front": world conspiracy, the business elite, world government, the Freemasons, the Jewish "secrets of the elders of Zion, and along with non-systemic Russian opposition and NGOs, paid all the above but still lured by the cookies of the state Department.
Is the advice useful?
Присоединяйтесь к нам
New advices