Is it possible to throw toilet paper in the toilet

The problem of clogged sewage is familiar to many, but not all know that one of the main causes of toilet paper. In some cases, to throw it down the toilet is unsafe and even if problems are seen, they can appear with time. 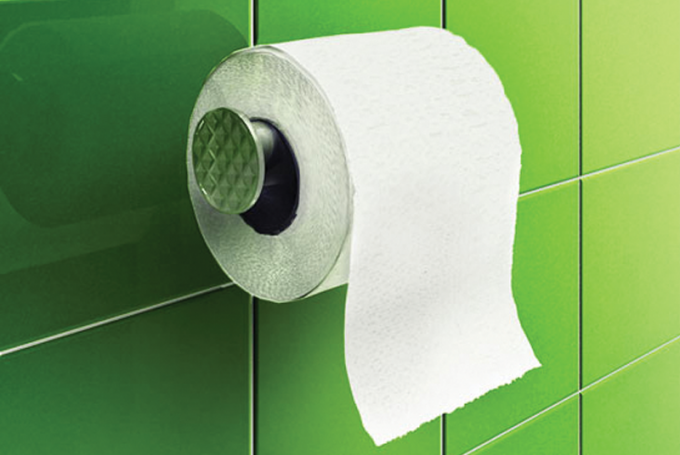 Related articles:
Toilet paper can be thrown in the toilet in three cases:

- if you use specialized paper, which is soluble in water;
- if you are using the local sewer system with straight short track, waste which is recycled in the reservoir using active septic tank (special biological processes);
- if your toilet is directly connected to the sewer of an apartment building.

Paper absolutely can not throw in the toilet in three cases:

- if waste is not discharged into the sewer and collecting tank, which is pumped by a vacuum truck;
- if the route the local sewers, there are turns or curves on the way to the reservoir;
- if the length of the pipe to the local sewage more than 5 meters and a diameter less than 10 centimeters;

If the paper dissolves in water

Unfortunately, not all people know that ordinary toilet paper does not dissolve completely. She might lose her the forum to become too thin or even decompose into small pieces, but they will still form a Deposit.

The fact that the toilet paper consists of cellulose. It is formed when cook chips. Because of its organic structure, cellulose is resistant to various chemical compounds and resistance to mechanical stress.

After flushing the paper begins to move through the pipe. If its width is quite wide, and the length is small, then the particle simply does not have time for anything else to go on. Otherwise, the scraps of toilet paper begin to settle in inconvenient locations, forming a clog.

If particles fall into the tank, they will start to settle to the bottom. Machine vacuum trucks, starting the pumping will be faced with a huge number of similar particles. In the result, the pipes can become clogged, and the pump power is not enough to "punching".

To avoid such problems, you can provide local exhaust as active septic tank or any other cumulative-cleaning equipment. In these tanks bacteria will break down not only cellulose, but also other particles, forming blockages.

In apartment buildings with Central sewer no such problems exist for a number of reasons. First, the width of the pipe and its devices do not allow to accumulate particles of cellulose. Second, after entering the manifold, using a special pump pumped all the waste are pushed to a cleaning station, where special bacteria remove any dirt.
Is the advice useful?
See also
Подписывайтесь на наш канал