What is the antlers of the Altai maral

Usage history deer antlers numbers about two thousand years. Today on their basis are produced in many drugs, both in pill form and in powder form, as well as numerous dietary Supplements. All of the products are in great demand. 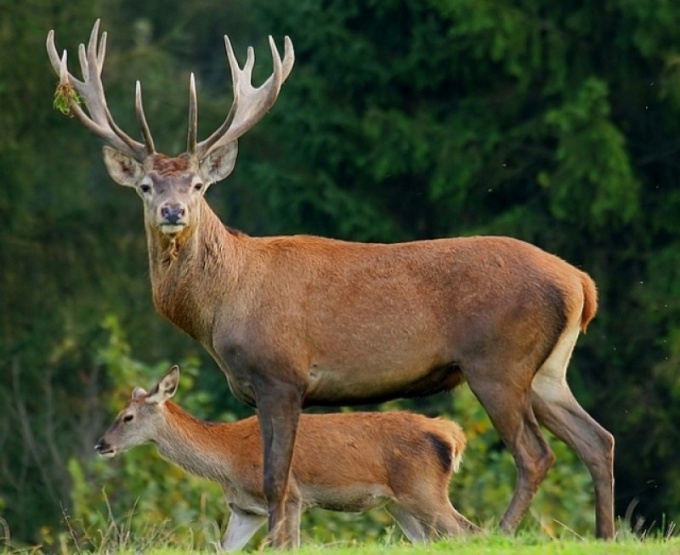 Deer antlers and their value

Antlers called antlers of deer during their annual growth, coinciding with the season of rut. During this period they acquire a tubular structure, filled with blood and covered with a thin velvety skin with short soft hair.

Horns of young deer for centuries used in folk medicine by the people of Asian countries. In the XII century in China began breeding Siberian stags as Pets.

In the Altai at the end of the NINETEENTH century there is a separate sector of the economy, called the antler maral breeding.

The value of the deer antlers due to huge number of useful substances that they contain. From a scientific point of view, it is difficult to explain. But remember that deer live in the unique environmental conditions of the Altai, and during the rut the deer's organism produces up to 25 kg of bone tissue. This requires the exertion of all systems of the body, which causes the high concentration of biologically active substances. In addition, the food base of this species of deer include the most valuable medicinal plants such as Golden root.

Do not forget that the antler a deer, and man is warm-blooded organisms, and it contributes to better assimilation of human drugs produced by animal basis.

To date, the antlers are widely used to save power, youth and health. In their content of medicinal properties, they are comparable to ginseng and are at the top of the applied drugs.

How to make antlers

Previously practiced barbaric methods of cutting antlers from a still alive deer. It was used mainly by poachers. This is explained by the fact that the horns of the wild deer contain more nutrients than deer raised in captivity. This was due to the inability to recreate the cultivated herds of conditions close to natural.

However, over time it became possible. For breeding were allocated large areas of land by fencing highly productive pastures with a variety of pasture.

Harvesting of antlers is produced in numerous ways. Among them prevail three, especially retains all the nutrients of raw materials.

The first way is traditional. It is air drying with intermediate scalding to prevent microbial and parasitic contamination. It is most common. They produce raw materials for the manufacture of the drug "Preprost".