How much was the most expensive Faberge egg

Faberge eggs in Russia are in the Armory, in the private collection of Vekselberg, the Museum of A. E. Fersman Russian Academy of Sciences and the Russian national Museum, Alexander Ivanov open. In the last place you can see the most expensive Faberge egg. 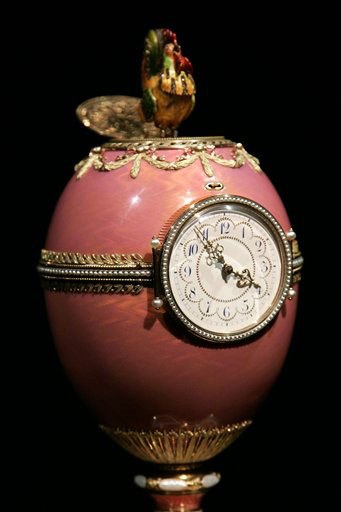 Related articles:
Everyone had heard the name Faberge is their expensive jewelry, which was valued even the tsars. Among the clients of Carl Faberge were the kings and Queens of Spain, England, Italy, Greece, Norway, Denmark, Sweden, Siam. The Russian Royal family ordered 56 eggs. Especially appreciated the talent of the jeweller of Nicholas II, who on the eve of each Easter I ordered 2 eggs and gave them to his wife and mother.

The success of the jewelry firm of fabergé

Faberge's workshop after it was headed by Karl, has evolved from a modest premises, which few people knew, one of the most popular places of St. Petersburg. Here every day came the Grand Dukes, to see what new invented by a jeweler.

In 32 years of work, Carl Faberge created a jewelry about 70 eggs, 56 for the Royal family and 14 private collections. If a few years ago, experts believed that the most exquisite and expensive Faberge made for the Royal court, in November 2007, they had to change their opinion, the auction was put up the product of a private collection - the egg of the Rothschilds.

This egg was ordered by Maurice of ERussia to present to her brother-in-law Edward Rothschild for the wedding. Since the establishment it was kept in the Rothschild family and was his property, in 2007 it was exhibited at the London auction and bought by a Russian collector Alexander Ivanov for a record $18.5 million

This product consists of hours and surprise, the egg every hour shows the Golden Cockerel, inlaid with diamonds. Decorative eggs Faberge made use of pink enamel. Modern so-called Rothschild egg perfect mechanism and a work of art.

Carl fabergé made two more similar eggs: "Chanticleer", which ordered for his private collection Alexander Kelch, a famous gold-mining, and "Cock" for the collection of the Royal family.

The cost of other Faberge eggs

In 2003 at the exhibition in London was sold to "Winter egg", which at that time was considered the most expensive. It was bought by an Arab Sheikh for $9.6 million Viktor Vekselberg became the owner of the Forbes collection, consisting of 9 eggs, the sum of all products - $100 million.

Rothschild egg, the most expensive product of Faberge, however, until now the exact number of items, their location and rates are unknown. Interestingly, Rothschild egg was included in the list of most expensive Russian works of art, and it is estimated more than the works of Chagall and Malevich.
Is the advice useful?
Подписывайтесь на наш канал