Whether there is an Allergy to cigarettes

Many smokers are interested in whether there is an Allergy to cigarettes. Many experts say that tobacco smoke can cause allergic reactions. The risk of the latter increases if a person has symptoms of asthma. 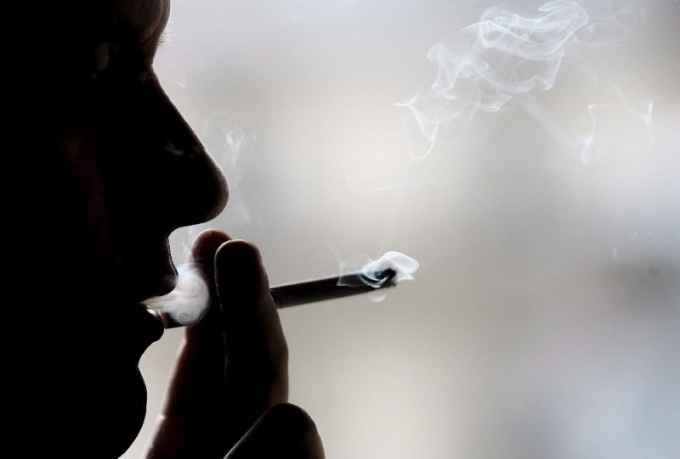 Smoking can contribute to the emergence of reactions to various allergens, as well as strengthen existing ones. In addition, allergies can develop at some components of tobacco smoke. Smoking also weakens the immune system of the human body.

Not everyone is aware that you are allergic is not such a harmless disease, as many think. It can provoke exacerbation of chronic diseases and even cause new ones. Usually the word "Allergy" is associated with many symptoms such as runny nose, itch, and rash. But often there are more serious manifestations – asthma, angioedema, various dermatitis.

In addition, as a result of Smoking may occur autoimmune disease. Thus, this habit greatly changes the reactivity of the human body, and not for the better.

In most cases, an Allergy to cigarettes is almost the same as a common Allergy. So the immune system of the human body reacts to an alien for him substance, which is perceived as harmful.

Symptoms of allergies to cigarettes can be as strongly expressed and weakly. To dangerous manifestations may be swelling of the larynx. In addition, it may cause swelling on the face, in the mouth or on the head. All this testifies to a life-threatening allergic reaction. In this case, it is necessary to call an ambulance.

For mild symptoms of allergies include: cough, "smoker", nasal congestion, allergic conjunctivitis, sore throat, difficulty breathing, shortness of breath. It should be noted that the body of each smoker will respond to an irritant element in different ways. In any case, to properly assess the situation.

Each of these symptoms can speak about the presence of Allergy to cigarettes, but about some kind of viral disease. For example, a cough can turn into bronchitis and pneumonia. This is because Smoking weakens the resistance of the human body. The immune system is weakened significantly, so it becomes harder to fight the infection. Any allergic reactions should not be ignored.

When you switch to electronic cigarettes smokers often report a variety of changes in the body. Such reactions can manifest as belching, heartburn, cough, etc. But usually it's just a result of the termination of use of conventional cigarettes. There is another option. This reaction may be a consequence of the emergence of allergies to electronic cigarettes, but rather, on the substance contained in. In most cases, such reactions occur in people with an increased risk of allergies. Nevertheless, from the occurrence of the last no one is safe.

The composition of the liquid e cigarettes have propylene glycol or glycerin. Conducted studies have shown that these substances are not harmful. Also in the e-cigarette has a flavor, which can appear allergic reaction. However, suffering from food allergies people usually know exactly what components it is able to occur. And because they are unlikely to purchase products with harmful aromatic additive.

The main danger of an Allergy to cigarette smoke is that people every day encounters with smokers on the street and at home. Therefore, the best solution would be to avoid being in places where people smoke, and, of course, to abandon this pernicious habit.

If all the measures taken did not bring the expected result, you need to contact the doctor, as all of the above symptoms of allergies to cigarettes can be manifestations of serious diseases.
Is the advice useful?
See also
Присоединяйтесь к нам
New advices