What is psoriasis and how to treat it

Psoriasis is one of the most ancient diseases of the skin, mention of it is even in the Bible. Many people attributed the disease of mysterious origin, considered it a punishment, a punishment of God. 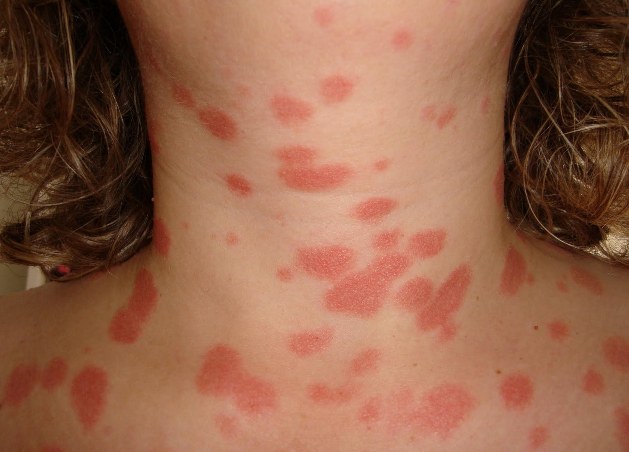 Related articles:
Etymology, causes the manifestation of psoriasis, even modern medicine can't always explain. Invented the scientific term for that is – multifactorial skin disease, put forward a variety of hypotheses for its origin – genetic predisposition, the peculiarities of metabolic processes in the body, disorders in the endocrine system, neurogenic failure, viral, infectious and allergic origin. But the exact answer to the question, resulting in psoriasis, and no.

Psoriasis is a chronic disease that mainly affects the human skin. It is characterized by the appearance on the surface of the skin so called papules – convex spots with flaky, dry skin red-crimson color. Psoriasis refers to a complex form of medicine, requires protracted therapy and may cause serious negative effects around the human body if it goes untreated.

Psoriasis affects not only the skin but also internal organs. In case of wrong or delayed treatment worsens the functioning of the heart, affects the kidneys and deteriorating eyesight begin to increase and hurt the joints.

How to treat psoriasis

Any disease requires consultation with a medical professional. The slightest problem with health should be cause for seeking medical attention. To diagnose yourself or listening to relatives or friends it is impossible in any case. If the skin appeared stains like psoriasis, you should immediately consult the dermatologist.

Drug treatment of psoriasis in the initial stage may consist in the treatment of inflammation of the skin salicylic ointment and exposed to ultraviolet rays. Excessive and chronic psoriasis requires the use of more serious drugs, sometimes even the content of hormones or monoclonal antibodies, should be done antihistamine and vitamin therapy. In addition, the assigned sessions of laser therapy, exposure to areas of inflammation by using UV-rays or the so-called cryotherapy.

Various folk methods of treatment of psoriasis can be used only in combination with drug therapy and after consultation with a dermatologist. The fact that the etymology of the disease is different and, accordingly, treatment methods are also different. The way that helped to get rid of psoriasis one person to another can only bring harm or cause unexpected complications.

Supplement medication can be infusions and decoctions of herbs that stimulate the immune system of the body, for example, products based on ginseng, Siberian ginseng, or Golden root. To cleanse the body of toxins, and the surface of the skin from rashes will help the infusion of flax seed. As external means for the treatment of psoriasis folk medicine recommends the use of birch tar or juice of celandine.
Is the advice useful?
See also
Присоединяйтесь к нам
New advices