How to cure psoriasis forever

Psoriasis – psoriasis is a chronic skin disease of unknown etiology. Provoking factors of the disease is heredity, streptococcal and viral infection, prolonged tension and stress, disorders of metabolism. This pathology is considered to be incurable. But with correct diet, skin care, constantly under the supervision of a physician, you can achieve a stable remission. 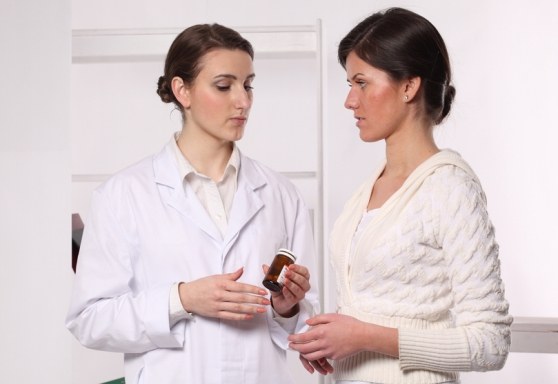 Related articles:
You will need
Instruction
1
Psoriasis is an individual disease, so the treatment selected by the doctor individually for each patient. But the implementation of certain recommendations is the same at any causal factors. First of all it concerns diet.
2
Exclude from the diet of vegetables and fruit bright red and dark colouring, but vegetables and fruits of white, green, yellow can be consumed in unlimited quantities. Do not drink alcoholic drinks, beer, coffee, cocoa. Limit to the minimum the pastry, which contains citric acid, vanilla, chemical additives and leavening agents. Exclude from the diet of canned food, fatty meat, bacon and ready-prepared foods.
3
Constantly take a multivitamin, fish oil, calcium supplements. Take any medicines coordinate with the attending physician. They may be an appointment of sedatives, drugs and systemic corticosteroids. External treatment of damaged skin involves the use of corticosteroid creams and ointments – "Ftorokort", "Flucinar", "Lorinden."
4
The most widely used in the treatment of psoriasis received photochemotherapy, which consists in receiving the photosensitizer – "Psoralen", "Povolena" etc., followed by irradiation of the skin long-wave ultraviolet rays.
5
In parallel with drug treatment, use the recipes of traditional medicine. Take in equal proportions herb St. John's wort, agrimony, Bidens, calendula flowers, roots tormentil and dandelion. Components grind to a powder and mix thoroughly.
6
A tablespoon of composition, pour a glass of boiling water in the evening and leave over night. In the morning drain and divide into three equal portions. Take half an hour before meals.
7
At night, wiping the affected areas of the skin with Apple cider vinegar, apply liberally to the following ointment. For its preparation take 500 ml of trapping oil, 50 g of grated on a fine grater propolis, 500 g melted butter, 100 g of pine resin, 30 g of dried leaves of celandine, 100 g of beeswax and 30 g of comminuted chalk.
8
Preparation for trapping oil drain on the pan 150 g of flowers of St. John's wort until hruskoci and grind them into powder. Pour 500 ml of sunflower oil and place over 2 weeks in the sun. Daily shake the container of oil.
9
When the oil is ready, the mixture should be filtered, vegetable residue wring out. Then place in an enamel pan with melted butter. Fueling, grind and add beeswax. Stirring constantly, bring to a boil.
10
Add the turpentine and boil on a slow fire for 10 minutes, stirring constantly with a wooden spatula.
11
Then pour the powder of the leaves of celandine and cook for another 5 minutes. Pour the sealing oil, stir and pour the chalk. Simmer on low heat for 2.5 hours.
12
Add raspberries and simmer over low heat for another half hour. After removing from heat, let cool naturally. After 10 hours, again bring the ointment to the boil and cool slightly, strain through two layers of cheesecloth. The ready pour into jars and close well. Ointment has anti-itching and anti-inflammatory action.
Note
Exacerbation of psoriasis are seasonal – peak pathology occurs in winter and summer.
Is the advice useful?
See also
Присоединяйтесь к нам
New advices