Pregnancy is a special time in a woman's life that should be full of positive emotions, and even such a terrible diagnosis as HIV infection should not ruin it, after all, is subject to specific preventive measures, the risk of infecting the baby is less than 2% 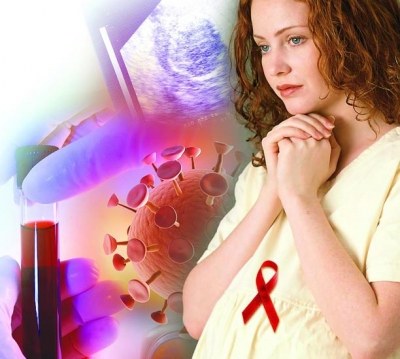 What if during pregnancy found HIV

HIV is a disease that can many years, be asymptomatic, and the patient be unaware of the fact that he is a carrier of a dangerous virus. Every woman during pregnancy are tested for HIV infection, so the detection of HIV during pregnancy is not uncommon today. It is easy to imagine what a shock feels pregnant girl, learning about this diagnosis. Scary not only for themselves but also for the unborn child. Some are so frustrated in life that I have an abortion, but if you think about it, it's not so bad. The fact that modern medicine is far advanced in the treatment of human immunodeficiency virus: today diagnosed with HIV can live long, full lives, and even to give birth to healthy babies.

How to protect your baby from HIV

The sooner an accurate diagnosis pregnant, the sooner you can start preventing vertical transmission of HIV from mother to child. To do this, in the AIDS centre, which should be every pregnant woman with this diagnosis, the patient obtains a special antiretroviral drugs. If taken strictly according to the scheme, the risk of infection of the child will be reduced to 2%! Ie in 98% of cases in HIV-infected mothers give birth to healthy children. Patients of AIDS centers antiretroviral drugs are issued completely free of charge. In addition to therapy during pregnancy, at birth, the woman put on a drip with the drug Retrovir, which inactivates the virus. After the birth of the baby in a few weeks will also be assigned to this product in the form of syrup.


Unfortunately, HIV-infected mother will have to give up breastfeeding because the virus is in breast milk, which can also lead to infection of the child. The kid will eat dry dairy mixes which are in great abundance can be found on the shelves of supermarkets. In some regions of the milk mixtures in this mother are free of charge.

How do you know that the baby is healthy

Immediately after birth of the child to determine precisely his status is impossible, since blood will be present maternal antibodies, which in any case will give a positive reaction ELISA-test. These antibodies can remain in the body of the child up to a year and a half. All this time the child born from a girl with HIV should be observed in the AIDS center. To identify HIV at early stages is possible by certain symptoms and by PCR analysis, but the final diagnosis is made only if positive reaction of the ELISA tests and IB after six years of a child's life.
Is the advice useful?
See also
Подписывайтесь на наш канал