What is the amulet attracts luck and money

Even pragmatic people tend to believe in the mystical ability of some objects to bring good luck and attract money. In some situations, the result depends more on luck than efforts, so person seeks to acquire a lucky charm or mascot. 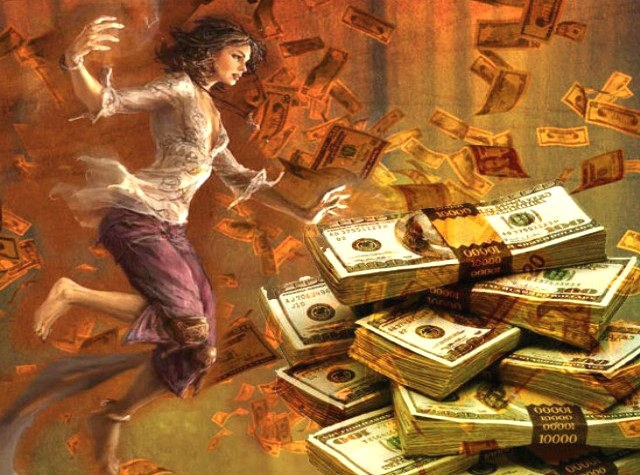 What is different amulet talisman

Amulets are usually inherited and are a source of protective energy. The effect of the amulet is intended to protect its owner from diseases, disasters, hazards. In fact, the amulet can not attract money or success. He can only push away the bad and help you avoid losing money.

Talisman working on bringing in the life of its possessor positive developments and assists in the implementation of desires. Talisman better make your own from natural materials.

Combining properties of the amulet and talisman in one piece

The most common forms of amulets for good luck and prosperity: the horseshoe pendant made of natural stones in the rim and irredeemable coin. But as an amulet, these items are only able to push away the negativity. To make these things a magnet for money and success, you can use additional effects.

Just enough to lubricate the protective amulet your essential oil, and the result will appear soon. Repeat the procedure of Aromamedia" in respect of the amulet should be once a month, preferably on the growing moon.

The Chinese philosophy of Feng Shui believes the most effective amulet to attract money trehlapye toad with a coin in his mouth, sitting on a mountain of gold. This symbol should be placed in the most beautiful room of the house and be facing into the room.

To carry with you will fit the amulet of the three coins with square holes, tied together with red ribbon. This amulet is convenient to carry in a purse with other coins.

Amulets that bring good luck in Feng Shui are considered to be figures of animals. The tiger symbolizes powerful protection in a physical sense and luck in business. Statuette of a rhinoceros is for protection from theft and attracts luck. The figure of a cat with a raised paw grants wishes and brings happiness to the family. Put this idol at the entrance to the house.

Rune amulet for luck and security

Rune magic is an ancient art tracing sacred symbols. Amulets with runic symbols suitable for people of any religion. With unconditional belief in the power of runes, amulet will be very effective.

The most famous formula for luck and wealth consists of the runes Dagaz, Fehu, Uruz, Otala written in place. You can simply write the symbols on paper or skin and carry or draw the signs with a marker on the wallet.
Is the advice useful?
Подписывайтесь на наш канал