Some cucumbers planted in the middle lane

Cucumbers - the most popular vegetable crop among gardeners. In the process of growing seedlings of cucumber, there are certain features. In addition, it is important to choose varieties suitable for specific types of terrain. 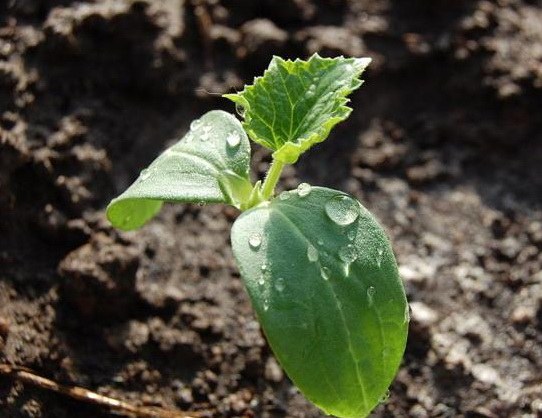 Related articles:
You will need
Instruction
1
For an average strip of Russia the timing of the landing of cucumbers can be late because of possible ground frost. So, in unheated greenhouses planted cucumber seedlings in the period from 15 to 20 may. And in open ground, plant the seedlings 1 to 5 June. For open ground suitable varieties such as "vyaznikovskiy 37", "Altai", "the resident of Barnaul", "Bush", "Graceful" and others. They are quite productive and precocious. Grown cucumbers are perfect not only for salads, but for pickling and canning.
2
For greenhouses and polytunnels suitable varieties such as"Stella", "the Nutcracker", "Farmer", "Pallas", "Crystal". If you need cucumbers that are resistant to powdery mildew and false mildew on the leaves, note on varieties "Phoenix", "Competitor", "Aquarius", "MiG", "Cascade". In Central Russia in the open ground can be planted cucumbers with a limited, moderate, and good branching. The best branching was observed in the hybrids: they give a higher yield by the end of summer.
3
Cucumber seeds are definitely warm, but so that they do not dry. Directly before planting, soak the seeds in one of the growth regulators. And for disinfection immerse the seeds in a weak solution of potassium permanganate for a few hours. Prepare for planting boxes with soil. On the day of planting liberally pour ground. Then make holes and plant seeds of cucumbers at a distance of 10-15 cm Depth of planting: 1-2 cm Below the soil should consist of manure, and on top of it may just be turf ground. Box cover with film and leave in a warm place until germination.
4
To germination of seeds the ground try not to pour. Can only slightly dampen it with a spray gun. Ascended cucumbers provide good lighting throughout the day. Ensure that the room was not drafts. Keep in mind that cucumbers have a very fragile root system. Therefore, they can not tolerate a transplant. It is best to plant them separately in pots orthopedagogue. In open ground the cucumbers are planted four weeks after planting.
5
If you plant the cucumbers directly into the open ground, hole-in-one throw 2-3 seeds. After seedlings leave the Bush, which will be the strongest and most viable. When planting in the ground also protect the crops plastic cover. Fertilize cucumbers nitrogen, phosphorus and potassium fertilizers. In each hole before transplanting throw in one granule superphosphate. Organic fertilizers (manure, compost, bird droppings) also use, but don't overdo them. The excess of organic matter leads to strong growth of shoots at the expense of the future harvest. Particularly important is the introduction of quality fertilizing during flowering and tying of buds.
Note
The advantage of the varieties of cucumbers for the middle band is that they have cold resistance and resistance to fungal diseases.
Useful advice
Often ventilate the greenhouse with the cucumbers, it will prevent the disease such as black leg.
Is the advice useful?
See also
Подписывайтесь на наш канал