Is it possible to cure ovarian cyst without surgery

Ovarian cyst is called a tumor, which is detected suddenly, usually during a routine medical examination. In case of rupture of the cyst needs emergency surgical intervention. 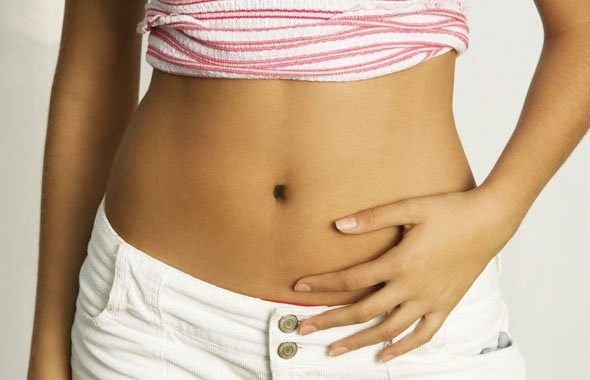 What is a cyst of the ovary

Cyst is a benign tumor filled with fluid, which is formed in the body of the ovary. The size of the cyst can vary from a few millimeters to several centimeters). Causes of cysts is unknown. I believe that the main preconditions appear when violations of hormonal levels in the body.

Usually, an ovarian cyst does not manifest itself, and discover it by chance. However, the following symptoms may accompany the appearance of the disease:
- frequent urination;
- profuse discharge during menstruation;
- dragging pain in the abdomen;
- bloating;
- nausea, vomiting, accompanied by intense pain, which can radiate into the rectum;
fever.

The appearance of these symptoms, you should consult a doctor.

Polycystic ovaries – a disease that is often exposed to girls in puberty and for the next ten years. The reason is genetic predisposition, as well as relatives history of diabetes, obesity and endocrine disorders.

The development of the disease is accompanied by the beginning of the menstrual cycle, sexual life, pregnancy and childbirth. The disease can be detected during a routine examination by a gynecologist the ovaries are increased in 3-6 times. Signs are infertility, lack of ovulation, the blood tests are male hormones. In women with polycystic type of body hair, which happens for men, also affected skin appears oily dandruff, acne. The clitoris may grow in size or change shape.

It is important not to run this disease, and at least once a year to visit a doctor. A cyst is treatable, but can be dangerous complications such as ectopic pregnancy, threatened miscarriage, infertility, ovarian rupture.

Upon detection of the cyst in the first place, do not panic, as some types of cysts resolve on their own. To determine the kind of cyst should be examined.

If the cyst does not bring trouble for her just watching. With the emergence of unpleasant sensations used drug therapy or removed surgically. Most often surgery is needed when cyst rupture. The cyst without tearing the medicated. The best medicine will select the physician, self-treatment is not necessary. Very good help in the treatment of hormonal drugs. During treatment is not recommended for intense physical activity and lifting weights.
Is the advice useful?
See also
Присоединяйтесь к нам
New advices