How much string is on the guitar

"Guitar, as the human soul, sending message to the world using only six strings". But really, the guitar may be more strings and less. Often the sound of the instrument already can guess how it strings. 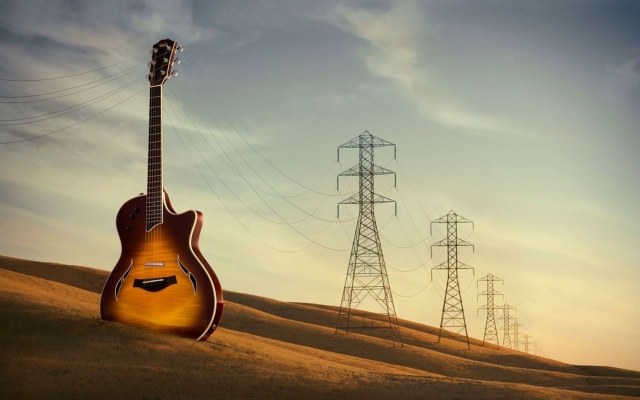 There are two instruments from the family of guitars that have twelve strings: one string is equally removed from each other, the second – six pairs of strings, as if on a classical six-string guitar twisted every. However, the name "twelve-string guitars the guitar is the second instrument.

These guitars appeared in America in the early XX century and was popular among the folk singers. Now used by musicians as a rhythm guitar. Interestingly, these guitars quickly come into disrepair due to twice the number of strings than the classic tension, therefore, is doubled. Some musicians deliberately tune this guitar a tone lower, loosening the strings and prolonging the life of the tool.

Affectionately call her "seven". Russian guitar, Gypsy guitar, was very popular in Russia before the revolution. According to legend, its inventor was a musician Andrew Sihora, who wrote for the seven-string guitar a thousand good works. With time, thanks to the traveling Gypsies, this guitar came to Brazil and had got a second life. Now seven-string guitar can be seen during a performance of Russian romances, Gypsy songs, Brazilian folk music.

The most common type of guitar, the so-called "classic". Can be both acoustic and electric.
Popular among rock musicians, Blues musicians, bards – game six-string guitar can be heard in a neighboring yard, and at the academic concert. In music schools everywhere there is a class "guitar". For six-string guitar written and very simple composition, which in a short time can teach a beginner, and a massive, complex works requiring virtuoso playing.

Four strings have a tenor guitar and bass guitar. The most famous tenor guitar is a ukulele – a small and playful tool. Bass guitars common in different musical styles and, as a rule, they play in conjunction with other instruments, although the bass lines can be resonant and complex in themselves.

The additional strings allow the guitar to have a wider range and a rich, full-bodied sound, unusual timbre. Sometimes the bass guitar adds an extra string or two. There are guitars with two necks, they are especially popular among rock musicians.
Is the advice useful?
See also
Подписывайтесь на наш канал