How to prepare a tincture of tobacco for flowers

Tobacco contains the alkaloid nicotine, is highly toxic to insects and warm-blooded. To protect flowers from insect pests, it is sufficient to prepare an infusion or a decoction of tobacco leaves. Spraying the plants with tobacco decoctions and infusions allows you to get rid of pests such as thrips, aphids, flea beetles, etc. 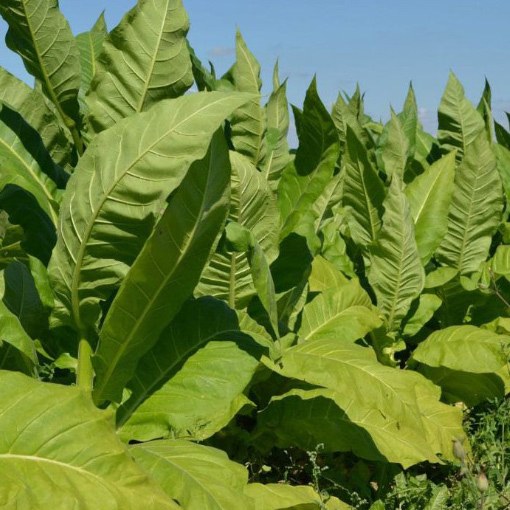 Related articles:
You will need
Instruction
1
Tobacco is widely used as an affordable and effective contact insecticide and acaricide. The fact that tobacco leaves contain nicotine, a substance toxic for insects.
2
To use tobacco against insect pests began in the XVI century. In the XX century in Russia, the nicotine was the main insecticide which protected the crops from insect pests.
3
Drugs based on nicotine and tobacco won't burn plants and is good to help against cruciferous flea beetles, onion and cabbage fly, aphids, caterpillars, thrips and other pests.
4
Once in the body of the insect, nicotine acts as a powerful neurotoxin. It blocks nicotinic acetylcholine receptors, which leads to the death of the insect.
5
To prepare an infusion of tobacco, take 400 grams of dried tobacco leaves, chop them and pour 10 litres of water for two days.
6
Strain the solution, wring out the leaves and dilute it with an equal amount of water.
7
Before the spraying of plants for a better wettability of the leaves, add in the tobacco infusion soap at the rate of 40 grams of soap per 10 liters of solution.
8
In addition to infusions, you can prepare and decoctions of tobacco leaves. To do this, take 400 grams of the dry tobacco, pour in 10 liters of water and allow the mixture to infuse for a day.
9
Then boil the solution for two hours. Then strain the solution, dilute it and add the soap in exactly the same way as in the case of tobacco infusion.
10
Keep the decoctions and infusions of tobacco in a sealed container in a dark and cool places that are inaccessible to children. Working with tobacco, use rubber gloves - nicotine can penetrate the skin.
11
Tobacco and nicotine contained therein are highly toxic not only for insects but for humans and Pets. For comparison, the lethal dose of cyanide for humans is on average about 2 milligrams per kilogram of body weight, while nicotine is only 0.5-1 milligram per kilogram of body weight. Symptoms of nicotine poisoning are severe headache, nausea, disorders of the cardiovascular system, salivation and pupillary constriction. If you have worked with the tobacco dust or tobacco extracts, and noted these symptoms, immediately consult a doctor.
Useful advice
The Latin name for tobacco Nicotiana Tabacum is derived from the name of the French Ambassador Jean Nico who in the XVI century, sent Queen Catherine de Medici a little dried leaves of this plant as a remedy for migraines.
Is the advice useful?
See also
Присоединяйтесь к нам
New advices