What is a fire hydrant

The Arsenal of tools used for fighting fires is quite broad. Where there are water supply system, for supplying water to the site of the fire used fire hydrants. This outdoor water faucets, which if necessary can be quickly attached a special sleeve to pump water to the desired location, or to fill the tank of a fire truck. 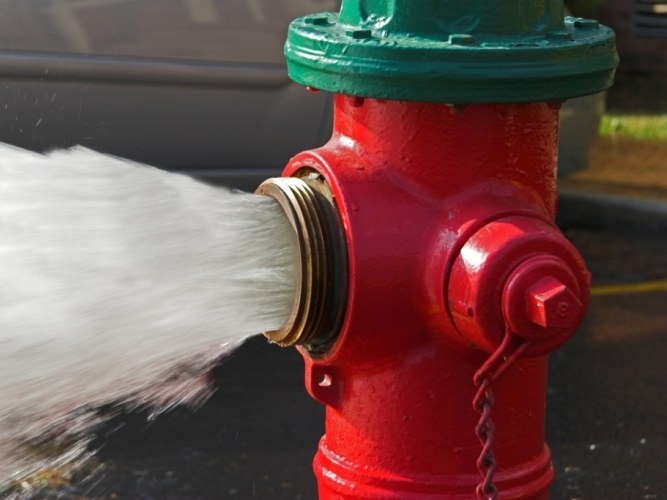 Fire hydrants are usually mounted directly on the water distribution network using pipe fittings. This special tool allows you to quickly and without much hassle to access water from a place close to the hearth fire. Hydrants are also used for filling water fire engines, which can significantly save the time of refueling of vehicles.

When extinguishing a fire in a modern city firefighters want to find out where exactly is located the device for the supply of water. The installation of hydrants, for example, on the walls of buildings, attach a special plate, often provided with a reflective coating. These pointers, which is red in color, put down characters and figures by which experts can quickly determine the distance from the plate to the location of the hydrant.

There are two main types of fire appliances. The first is the so-called underground hydrant. Device and fittings necessary for its operation, are placed in a special pit, for safety and convenience cover from top cover. Structurally, the underground hydrant consists of three elements. This riser, valve box and the installation head. The entire device Assembly mounted on a water supply network using the system of branches.

Underground hydrant can be installed on the base (flange), which structurally is a part of a plumbing system. Possible and simplified installation when the hydrant is not hidden in the pit, and covered with soil, leaving the outside of the upper part of the device, covered by a special carpet with hatch. If necessary, the upper part having a thread, joins the column.

The other type is above-ground fire hydrant. He launched into a ground surface and equipped with a column, through which the connecting fire hose. On the sides of the column are the fittings. Them simultaneously you can connect several hoses. All types of hydrants are designed in such a way to ensure frost resistance and water pass.

Hydrants above ground type need careful installation and are more expensive. Since the working part of the system is located outdoors, a hydrant in a very severe frost may refuse. Everything else, the external device may be damaged by transport. Typically, such systems are not used in the Northern regions, and in more southern are trying to insulate.
Is the advice useful?
Подписывайтесь на наш канал