What places to visit in Irkutsk

Irkutsk - the sixth largest city in Siberia with a population of slightly more than 600 thousand people. It is located on the banks of the Angara near the lake Baikal. Irkutsk attracts tourists with its history. UNESCO has included the historical centre of Irkutsk in the tentative world heritage list. The city has several places to visit to leave in the memory unforgettable impressions. 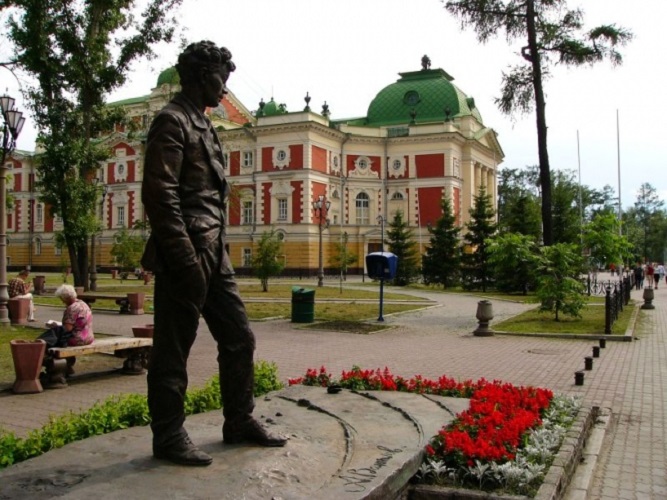 The Museum of the Decembrists

Your attention will appear the house-Museum of the Decembrists ' families Trubetskoy and Volkonsky with their unique comfort and atmosphere of the time. The exposition is constantly updated. In August-September 2014 will be the exhibition "the General's Daughter – the General's wife" and "Trubetskoy in the grateful memory of posterity". The first exhibition dedicated to the 210th anniversary of the birth of M. N. Wolkonsky and reveals all the secrets of this extraordinary force of will women who left a secular society for the sake of an exiled husband. The second tells of the fate of the Decembrists ' families Reminderof, Suerbaev, Trubetskoy, Davydov, and their descendants.

The Museum is open: from 10-00 till 18-00 to 20-00 in winter and summer. Closed: Monday (the Museum of Volkonsky) and Tuesday (the Museum of Trubetskoy). The cost of admission ranges from 200 to 600 rubles depending on the type of program. The Museum also provides city tours to places of Decembrists cost 1800 RUB./hour with the possibility of ordering a van for 900 RUB/hour (for groups of no more than 6 people).

Access to museums by tram number 2, 3, 4, 6 from the stop "Central market" to the stop "Museum of the Decembrists".

Cozy streets and nice looking architecture are waiting for you in block 130. Old styled camera with gazvodoy, cafes, shops and even a mini-hotel, all this has a pleasant pastime.

You can feel the researcher by visiting the Museum of experimental science, or to take in the sights of past battles in the Museum of weapons. Minus the small spaces of these museums is mitigated by the fact that almost all the exhibits you can touch. The price of admission ranges from 150-300 rubles (separate fee for the photo opportunity).

130 a quarter is on the segment of streets Sedova and July 3, between streets Timiryazeva and Kosova. When viewed from above, the quarter resembles the shape of a triangle, which is crowned by the bronze sculpture "Babr" - the symbol of Irkutsk. 130 quarter blends in with Fashion. This is the name of the shopping center. After rest plenty, you can complete the walk a good shopping. How to get there: buses No. 24 and 16K, trolleybuses № 3, 4, 5, 7, 8 to the stop Stadion Trud.

The Isle Of Youth

Walking from 130 quarter, you can get to the Bottom of the Embankment, and from there to the beloved citizens of the Isle of Youth. Museums there, but there is entertainment for children: children's railway, Bicycle rental, mobile salons for makeup, plenty of rides, trampolines and so on.

In summer on the Lower Promenade and the island hosts various festivals and holidays. In the winter there's just a pleasure to walk.

To see the show of the trained seals in the Aquarium of Baikal seal" at the address: 2-I Railway, 66. For the entrance ticket 200-280 rubles seals dance, sing, play ball, play school lesson on the account and even draw a unique picture, which can be bought for a fee.