How to cover a climbing rose

Order climbing rose grew at the site for many years, it is necessary in winter to protect from frost. Especially if your region winters are cold and snowy. The whip rose for winter removed from the poles and covered. 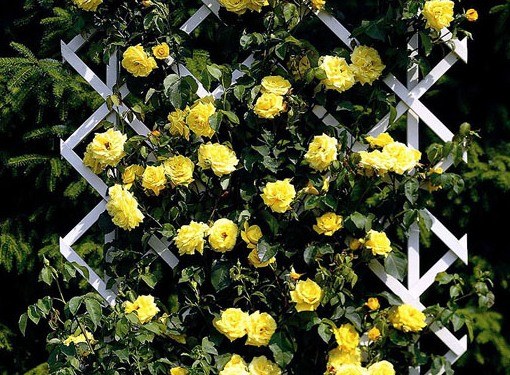 Unique beauty and perfection have climbing roses that rightfully occupy a leading place in vertical gardening and are widely used in the design of pavilions, the creation of decorative arches and columns, decoration of pavilions and courtyards, the creation of hedges. If you have a plot growing climbing rose, with the onset of cold weather it is necessary to care of the shelter.

Before you pack the climbing rose in the winter, it is necessary to water, feed and trim. In the first year after planting during the vegetative period, feeding of roses is not necessary because they have enough of supply of nutrients, which was laid down during landing. However, for spring planting roses when preparing them for a more successful winter hibernation in late August, you need to make a solution of potash. Before fertilizing roses well watered, after making the groove around the Bush.

Pruning climbing roses is carried out after the first frost. When cutting use only sharp-edged tool to cut the escape was smooth. The cut is carried out at an acute angle at a distance of 5 mm above the kidney. Sick, thin and weak shoots are removed to the ring and burn. Multiple stems regrown from the buds, leave one, the strongest.

After cutting the whip is laid on a bed of spruce or pine branches, the whole plant is treated with liquid Bordeaux, Spud the root neck dry garden soil, covered the top with twigs and impervious to moisture material. Spruce branches for shelter needs to be cut in dry weather, to not be moisture and rot.

Not less important than to thoroughly cover roses in the fall, spring cover right off. To completely remove winter shelter after you pass the danger of heavy frosts. Too early in the opening can damage the roses, and later lead to rot. So in early April with the shelter and remove snow, make a small groove for the collection and drainage of melt water. Then begin winding rose during the thaw and open at the top of the shelter ventilation hole.

Thawing the ground to loosen the air flow to the roots. After thawing of the soil at 15 cm the cover is gradually removed, rose pritenyayut from the sun bushes razokuchivayut. Continue to do preventive pruning and processing of 1% solution of Bordeaux fluid. At the end of April begins the spring pruning.
Is the advice useful?
Подписывайтесь на наш канал