Which is better, lobster or spiny lobster

Many people confuse lobster with lobster, but it's not the same because the main difference is the absence of the second claw crustaceans. If you say that it is better to prefer and which is better, you should understand what their meat taste like, how it differs and what tidbits have with these crustaceans. 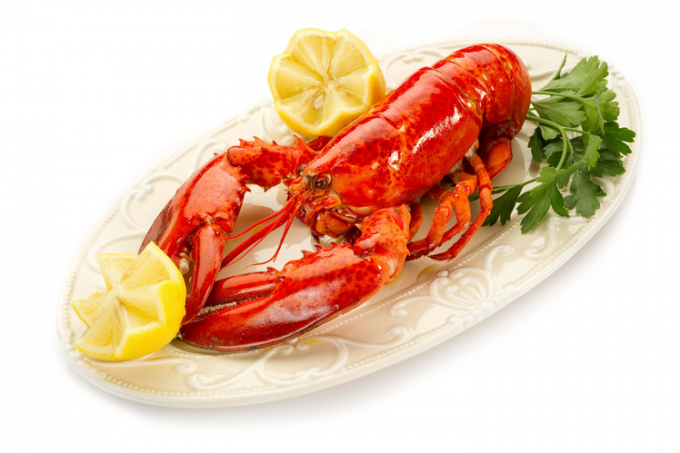 Related articles:
Lobsters and spiny lobsters are extremely delicious and nutritious crustaceans with a high content of protein. But their cost is very high, so not everyone can afford to frequently eat it. To solve the problem, if you buy only one of these seafood. But to choose, you should know that tastier and healthier.

A little on the lobster

Lobster (the word French, English – lobster) crustaceans that inhabit almost all over the world, both in cold and in warm ocean waters. They come in different sizes, some species reach 1 m in length and 20 kg in weight. Being alive, the lobsters have a color that can vary slightly, but during cooking they become bright red.


The most valuable considered to be lobster. Despite its small size, which varies between 20 cm in length, they are extremely delicious. Most often, these shellfish are bred at special farms, because their cost to cover expenses.


Regardless of form, all lobsters have very powerful claws, which contains a large portion of delicious tender meat. However, the bulk of the meat is in the tail, but it can also be found in the legs. Traditionally, lobster is boiled or roasted on the grill. Gourmands love "tamale" is green the liver of male, not less is considered a delicacy and coral – red ROE of female lobster, which are very delicate taste.

Spiny lobster – crustaceans, which has certain similarities with the lobster lives in the ocean and marine waters, and usually near the coast. Lobster is very popular among the most expensive restaurants on the planet. Large specimens grow up to two feet in length and weigh about 3 kg.


The main difference between a lobster from the lobster that he does not have the claws and entire shell is covered with spikes, and his mustache is much longer. Edible it are only the abdomen and tail. Meat is also very tender and tasty. Lobsters are boiled, stewed, fried, in salads, and in the CIS are often sold in the form of canned product.

Despite the fact that the lobster is much more edible meat, more delicious lobsters are considered a delicacy because their meat is more tender. But you can try both, because the taste of these crustaceans justifies the high price. Perhaps you think that Omar still tastes better than lobster.
Is the advice useful?
Подписывайтесь на наш канал