Fibrous breast changes: how to diagnose

Fibrotic changes of the mammary glands – a group of diseases dishormonal hyperplasia of breast tissue. Diagnosis of fibrotic changes is carried out using modern equipment, allowing to trace the proliferative tissue changes and pathological correlation of connective-tissue and epithelial component. 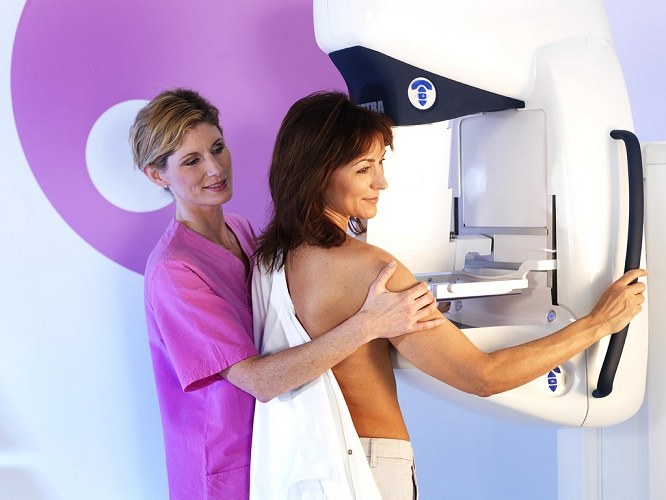 Classification fibrous changes of the Breasts

Diffuse fibrocystic mastopathy occurs on the background of the predominance of adenota, cystic or fibrotic components, but may have a hybrid form.

Nodular fibrous-cystic mastopathy occurs with a predominance of glandular component, which leads to hyperplasia of the lobules of the gland and the transition seal to the surrounding tissue. On the x-ray has a lot of shadows with fuzzy shapes and blurred boundaries.

When fibrocystic mastopathy cystic component predominates. Cysts are elastic consistency, is limited from the tissues of the gland. Papelaria formations occur mainly in premenopausal and postmenopausal. On x-ray visible dimming coming with multiple lucid and clear contours.

On the background of fibrocystic breast fibrous component predominates. This form of the disease is more common in women in premenopausal. Dense homogeneous darkening have the appearance of glass.

Combined form of fibrocystic breast disease occurs on the background of hyperplasia of the lobules, hardening of the interlobular and intralobular connective tissue, dilated ducts and atrophy of the alveoli.

When nodular form of mastitis, there are local changes in the form of single or multiple nodes.

In all forms of fibrotic changes in breast cancer risk increases tenfold. That is why it is so important to undergo timely examination and receive recommendations for proper treatment.

Diagnosis fibrous changes of the Breasts

Examination of the breast holds the breast. Palpation is performed in standing, side-lying and back. Clinical signs of fibrosis retraction of the nipple, presence of tumor, swelling of the skin with lemon peel, pain.

Mammography is performed in all women with suspected fibrosis of the breast. The radiograph is done in two projections. The survey helps to identify the nodes up to 10 mm in diameter, which is usually impossible to palpate.

Sonography is performed using a linear transducer with a frequency of at least 7.5 MHz. The survey helps to identify ecoprotect glands. In the presence of diffuse changes and fibrosis, ecoprotect significantly increased.

To determine the nature of tumors biopsy with subsequent cytological examination of aspirate obtained. Sectoral resection is applied only for special reasons if there is a suspicion that the tumor is malignant.

Using thermography to determine the temperature of the skin over the tumor. In malignant tumors the figures would be higher by 2 degrees.
Is the advice useful?
Подписывайтесь на наш канал