The complex military-political relations between certain countries are often the cause of the cold war. One of the "military" sanctions in peacetime is, for example, refusing to issue visas. Such problems for a long time existed, in particular, those foreigners who wanted to visit Israel, and the UAE (United Arab Emirates). Today the situation has changed and the stamp in her passport about visiting Israel obstacle for future trips to Dubai or Sharjah is no longer. Well, and Vice versa. 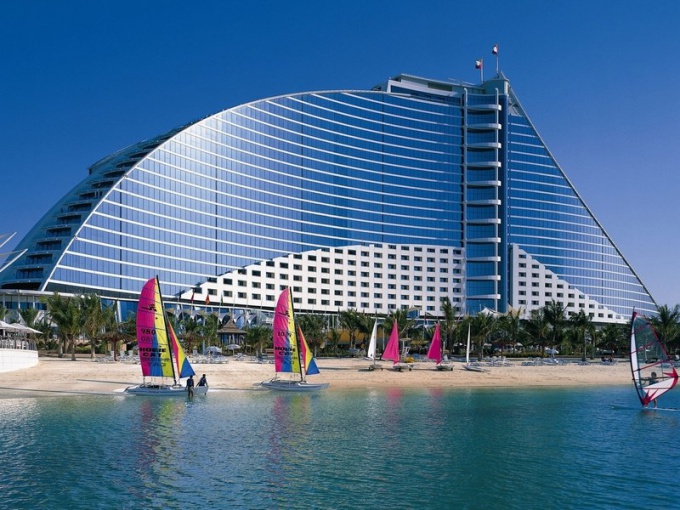 Emirates not everyone is happy

The dead sea in Israel and the UAE's beaches have long been a favorite vacation spot of many wealthy Russians, when you purchase vouchers rarely conceived of possible problems on the borders of these middle Eastern countries. Meanwhile, a few years ago was quite possible a situation in which Russian tourists visited Israel, could not get then to the Emirates. Those who has a rest in Dubai, received an unexpected problems on the border of the country, the sixth part of the population are their former compatriots.


However, to be surprised like that only people absolutely far from politics and not knowing about long-standing and very complex relationship of Israel with other middle Eastern countries. Including one of the richest in the Gulf region — United Arab Emirates. The main reason for permanent conflicts and wars periodically flare is that the Arab world, with few exceptions, did not recognize as legitimate the partition of Palestine into two equal areas, and the emergence in may 1948 the independent state of Israel. 20% of the population are Arabs.

It is no coincidence that of the 17 countries that continue to consider the creation of Israel illegitimate, more than half of its neighbors in the Middle East. This list, in addition to just Emirates include Brunei, Iraq, Yemen, Kuwait, Lebanon, Libya, Saudi Arabia and Syria. Seven — Algeria, Afghanistan, Bangladesh, Malaysia, Pakistan, Somalia and Sudan are Muslim countries, traditionally active solidarity with any Arab people. Including, of course, Palestinian. In the same way that this nation suffers from its occupied territory of Israel, they don't doubt for a minute.


UAE, in particular, insist on the immediate withdrawal of the Israeli army from the occupied Arab territories and the legal guarantees of the rights of the Palestinians, including the creation of their own state. In addition, Emirati sheikhs do not recognize the Israelis right to live in the middle East. And therefore banned the entry into its territory of any citizens holding Israeli passports and residing in the territory of this country. And cancel your ban is not going to. However, the participation in military actions of the army of the UAE is not taking.

Naturally, such situation does not suit, and Israel itself, who introduced in relation to all the aforementioned countries (with the DPRK) of its own border and visa sanctions. And Syria, Lebanon and Iran in tel Aviv and is recognized "enemy States". A long time from such a confrontation was suffering citizens, whose countries are far from the Arab-Israeli conflict. That is why they could refuse entry to UAE only on the ground that earlier they visited Israel.


But in recent years the situation has changed for the better. Sheikhs softened mode of access to his which attracts tourists from all over the world country and turn a blind eye on what is coming to them before the foreigners visited, for example, in the Israeli Eilat. A little tougher is the case of those who after Emirates flies to Israel. Here it is right at the airport you can arrange a serious interview with questions like, "What were you doing in UAE?" and "why have you come to Israel?". However, the entry and subsequent stay is usually not denied.

Where it is not allowed

However, particularly curious Russian tourists to relax in the Arab-Muslim countries is still impossible. There are still a lot of countries where the stamp in the passport about visiting Israel, albeit with the usual purpose of tourism or treatment, is a synonym for Taba, across the border of their owners will not be allowed. This includes not only listed in "list 17," Yemen, Kuwait, Lebanon, Libya, Syria and Sudan, and Bahrain with Iran.


To deny the border guards of these countries can even when detected only circumstantial evidence of your stay in Israel. These include, typically, stamps about going through it in having on its territory the Israeli Embassy Egypt and Jordan. By the way, Israelis themselves are free to visit not only Egypt and Jordan, but also suspended diplomatic relations with tel Aviv in 2000, Tunisia and Morocco.
Is the advice useful?
Присоединяйтесь к нам
New advices