The majority of gardeners used to grow cucumbers that have stems up to 2-3 m laying on the ground. Some of them are not even aware that there is a more compact variety of the vegetable crops – cucumber Bush. 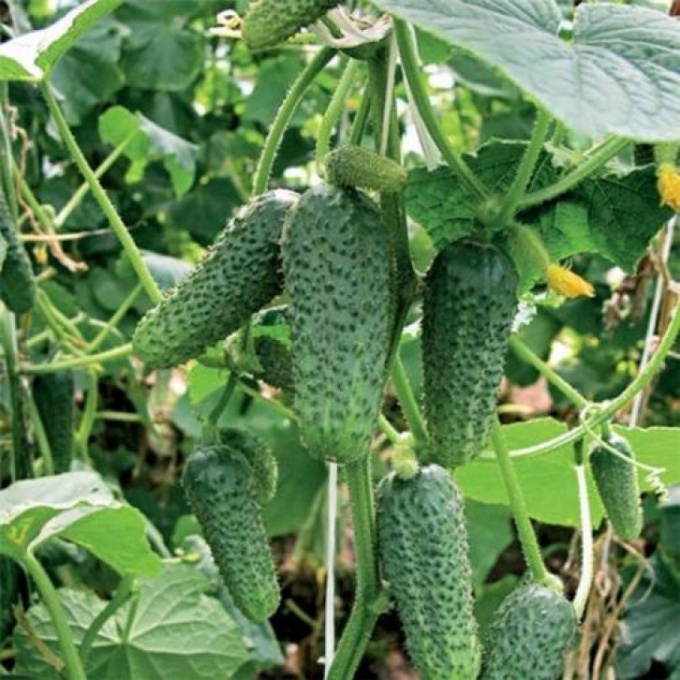 To Kustov are short-stem varieties of cucumbers. Most of them are pollinated by bees and grown by gardeners in outdoors. However, there are varieties that are bred under the film.

Bushes these cucumbers are original. The usual varieties of cucumbers are much branched whip length is more than 1 m From the spray, they do not exceed 80 cm, with more than two branches in one scourge is not found. In addition, Bush cucumber short internodes. Due to this, it seems more leafy.

For smaller bushes is not peculiar to the formation of a large number Zelentsov, so the yield of this type of pickles is not very high. However, this kompensiruet ruggedness varieties. The advantage is the fact that early maturing cucumber Bush gives the harvest within a period not exceeding 20 days. This means that the fruits begin to ripen long before the development of major diseases of vegetable crops. This fact allows us to obtain a good harvest in any year.

Due to the fact that a cucumber Bush growing not so much the treatment of his spacing does not cause special difficulties. Fruits are compact, which allows them to easily log in to any Bank. Fruits are perfect for pickling, marinating, use in salads.

Obtaining early harvest contributes to growing cucumbers seedlings method. It is desirable to use peat cups. Planted seedlings in the soil in may-June at 20 days of age. The distance between rows should be about 45 cm between plants in row – 25 cm Care shrub cucumbers approximately the same as for ordinary. In the case of clay soil plot it is advisable to mulch with peat. Watering, compared to the long varieties should be carried out more often.

Immediately after transplanting seedlings into the ground can be covered with the film. This will prevent your plants from possible recurrent spring frosts. When the height of the cucumbers will reach the level of the film, it will have to be removed to avoid burns.
Is the advice useful?
See also
Присоединяйтесь к нам
New advices