What does eye tooth

Despite the name, eye tooth, eye is absolutely not linked. Eye teeth are fangs, strong and durable teeth. Any doctor will tell you that even if you pull out the eye teeth, the vision is not affected. 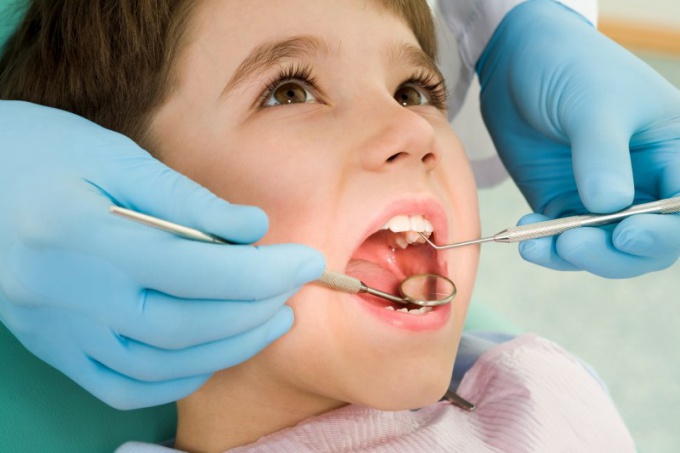 The canines or "eye teeth" person

Usually in humans, two pairs of fangs on the upper and lower jaw. They complete the front group of teeth. They serve as a frame for the circular muscles of the mouth. Eye teeth are much less affected by tooth decay than chewing on their surfaces have no pits, holes, and so the food they do. Fangs long, have spear-shaped crown and a thicker layer of dentin.

The eye teeth in children

Fangs children are cut very painful and by the time they need to prepare. The child may appear cold or a fever. First the children appear lower Central incisors. After them the upper Central incisors, upper lateral incisors and lower lateral incisors. Eye the teeth appear behind the upper and lower first molar. It can be called a scheme of the emergence of teeth in children, but may be such that the baby teeth will be cut is absolutely not on the scheme. Pain is experienced in all children, regardless of the order in which will cut their teeth. But even this process can be facilitated in the pharmacy there are special gels that reduce inflammation and this will help you to move pain in children.

Why would a man fangs?

Eye teeth are a vestige, that is the legacy inherited from their ancestors, because they ate meat, tearing it with his "fangs". They are not as developed as that of modern predatory animals, because man is omnivorous. With years of evolution have atrophied and ceased to be such
marked as predators. For example, if a person ceases to consume solid food, then all teeth will be useless and many years later they just disappear. Rip fangs only in very extreme cases, it can change a person, for example, may even sagging cheeks.

Many people have used the tusks as amulets and talismans, giving them magical significance. It was believed that if you hang a Fang above the crib, this will bring in him bravery and courage.

Interestingly, tooth enamel is the hardest tissue in the human body.

Dalada is the left eye tooth of Buddha is the most revered relic in Buddhism. In Sri Lanka, namely Kandy, were even constructed a special temple, which houses the tooth. This relic is kept in six boxes that are in a small room. Boxes decorated with precious stones and gold. The tooth was hidden after the attempts of the Portuguese to steal it. Now visitors of the temple show a fake Fang Buddha and the tooth of some animal.
Is the advice useful?
See also
Присоединяйтесь к нам
New advices