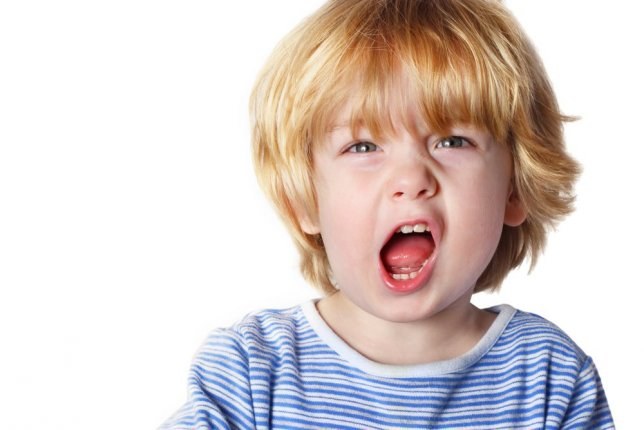 MMD is characterized by pronounced predominance of functional changes over organic. Children with this syndrome are very hyperactive, can't concentrate, fix our attention, is constantly distracted and poorly adapted to an unfamiliar environment.

The child with minimal brain dysfunction very often there are great difficulties during their studies, often identified disorders of perception, including one's own body (e.g., the child is not able to distinguish parts from the whole, to allocate figures on the background, difficult to teaching writing and reading). For MMD is characterized by: increased impulsivity, and excessive anxiety, low self-control, there is often biting nails, finger sucking, rocking a head and body, difficulty in communicating with peers and a bad attitude in the team. It is also possible to identify the incorrect pronunciation of words, and decreased working capacity for abstract thinking, disturbances of spatial representation.

During the external examination in a child with this syndrome, sometimes revealed a number of anomalies, e.g., deformity of the skull, the ears, abnormal growth of teeth, hypertelorism (malformation of the cranial bones), high palate, syndactyly (partial or complete fusion of the fingers or of the foot). Sometimes you can discover a number of easy signs of organic lesions of the brain: strabismus, asymmetric nasolabial folds, muscle dystonia, disturbances in coordination of movements.

Treatment of MMD should start as early as possible, involving not only the child, but his environment to create a calm and consistent attitude. Directed motor activity, psycho-pedagogical correction and drug treatment – are the main directions in the treatment of minimal brain dysfunction.

Goal directed motor activity is the training coordination and dexterity. It is necessary to conduct sports and games, which are aerobic exercise, such as long running, skiing, swimming or Biking. You should avoid overexertion and sports, which expressed the emotional component.

Psycho-pedagogical correction must begin with obligatory observance of a clear mode of the day a child, restriction of work, and watching TV to 30-40 minutes a day. Support the child in all his endeavors and praise him in every case he deserved it, emphasize successes. Encourage their child in all activities that require concentration.

Medicines are assigned only in cases when the MMD is not only amenable to psychological correction. Currently used by several groups in the treatment of minimal brain dysfunction, is psychostimulants, nootropics, and tricyclic antidepressants. Most effective "Cerebrolysin", "Phenibut", "Piracetam", "Semax". Selection of medicines holds the attending physician taking into account individual characteristics of the child.
Is the advice useful?
Присоединяйтесь к нам
New advices