Currently, among the lovers of rap music a wide popular is rap artists, not groups. Among them are both Russian and foreign rappers: Busta, Decl, St1m, Noize MC, Rihanna, legalize, Eminem, Jay-Z, 50 Cent, Dino Mc47. But if we talk about the rap groups, the most popular of them are the following Russian teams: "Caste", "Dot" and Centr. 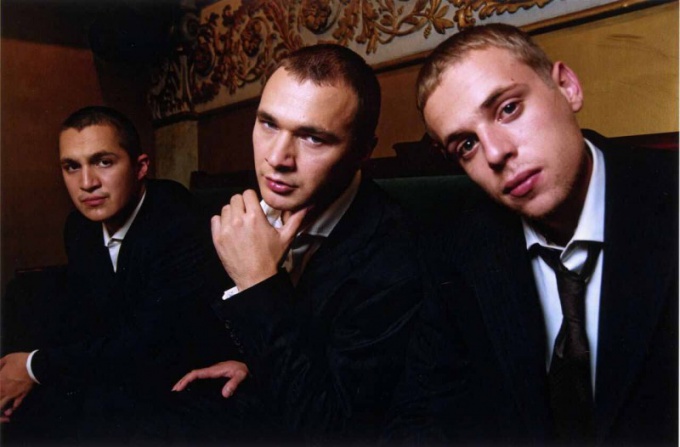 This Quartet is the most popular Russian rap group from Rostov-on-don. In the rap-group "Caste" includes Andrew Center (Hamil), Leshkevich, Vladislav (Vladi), Mikhail Epifanov (Shym) and Anton Mishenin (Snakes). Creative way of "Caste" is almost 20 years. This time it was released 5 solo albums, 2 live and 2 re-issued. In addition, the rap collective has been releasing singles and Maxi-singles as well as copilasi. Interestingly, initially, the rap group wanted to call Fu-Blood-Casta. However, this would be a rubber stamp with the name of another hip-hop group Wu-Tang Clan. In addition, the English phrase Fu-Blood has similarities with the Russian obscene phrase. As a result, at the suggestion of rapper Basta, it was decided to call the group "Caste".
2
The "dots"

This is a Russian rap group from Moscow, career spanning almost 10 years. The rap team is one of the most popular in Russia. Critics and fans have identified the "Dots" with such genres as political rap and gangsta rap (rowdy rap). The unofficial leader of the group and the author of most texts is Rustam Alyautdinov (Rustaveli street). In the last part of this rap group was composed of Rustam Alyautdinov, Ilya Kuznetsov, Andrey tyrnov, Gennady Gromov, Dmitry Korablin, Lasha, Imnaishvili and Beach. Interestingly, the group of "Dots" in almost 10 years of its existence, has released three music albums. It is worth noting that it was originally intended: "Ellipsis" - three dots, here and albums only three.
3
Centr

This rap band formed in 2004-m to year, is popular in the present time, however, prematurely closed. Group centre is the winner of the music award MTV Russia in the category "Hip-hop" in 2008-m to year. The main themes of the songs of this rap group – different stories of life and stories about drugs. The composition of this group until 2009, was part and famous Russian rapper Guf. After his departure from the band was rumored about her collapse, but that never happened. Until 2012, the year, the centre was part of David Nureyev (Ptah) and Vadim Motylev (Slim). Currently, the project center is closed. Initially, the rap team was the Russian name "the Centre". However, in 2007, the year the name was changed because it coincided with the group name "the Center" Vasily Shumova, known in the USSR, in Russia and in USA and existing since the late 1970-ies.
Is the advice useful?
See also
Подписывайтесь на наш канал