LEDtelevisions are well established and are wildly popular. The cost of these televisions is gradually falling, but even now not all know what these TVs are different from other models and what they represent. 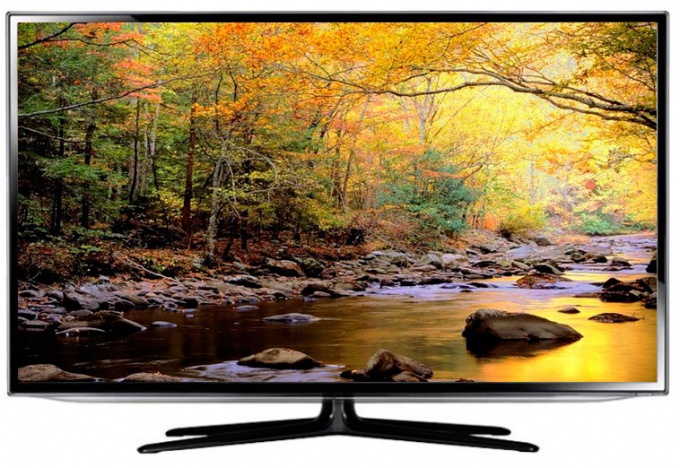 LED TV - TV with LCD screen, which for its backlight uses LEDs. For example, in other LCD TVs that came first, for the backlight used was a cold cathode. It is believed that LED TVs have the best picture quality, in contrast to previous models of TV sets, such as color quality, contrast, color depth, brightness, and other parameters.

Image quality is affected by a new technology called local dimming. This technology is responsible for local dimming, making the picture quality increases several times. Unfortunately, this technology has some disadvantages, e.g. poor color uniformity in the image, the contrast transitions can also appear colored halos and dark areas of the image can lose some detail.

It is worth noting that LED TVs are separated into two subspecies according to the method of arrangement of the LEDs, is: Direct and Edge. Direct implies that the LEDs evenly behind the screen, and the use of Edge technology, in turn, the LEDs will be placed around the perimeter of the screen, together with a scattering panel.

Each of these technologies has its own advantages and disadvantages. For example, Direct allows to obtain more uniform illumination, but this will increase the thickness of the screen, and hence the TV, and it will also increase power consumption. This is because using this method increases the number of LEDs. Thin or ultra-thin TVs are created using Edge technology, which is the complete opposite.

As mentioned above, the cost of LED TVs is now reduced. This is due to the appearance of televisions, with an improved IPS technology. These TVs have better color reproduction than LED TVs, a high level of brightness and contrast, high clarity images, and many other advantages.

In the end, choosing a TV-type backlight, a person can be wrong, since not always it has a decisive influence on the image quality. A major role is played by the type of video processor and imaging technology.
Is the advice useful?
Подписывайтесь на наш канал