What kind of fire extinguisher that put out 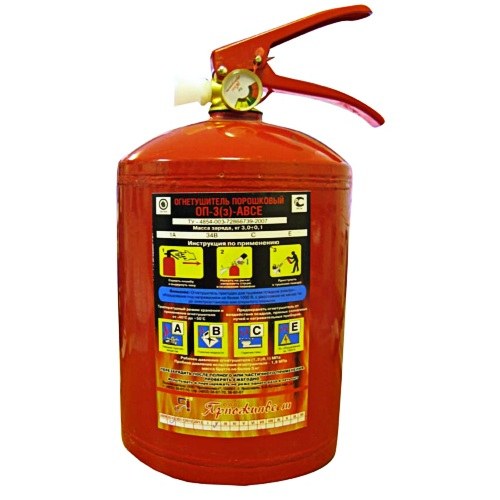 Related articles:
Fire is unpredictable elements that can cause damage on a catastrophic scale. That is why it is so important to eliminate starting a fire using fire-fighting equipment. Modern industry involves the production of a wide variety of fire extinguishers, which differ not only in weight and form, but in purpose: for different types of fires and different areas of the fire.

To fire extinguishers of this type include the means of fire safety, designed to neutralize the fire using jets of water under high pressure. Water can be supplied in the form of a strong directed jets, and in the form of dispersed droplets.

If the fire extinguisher contains only water in its purest form, the major limitations for such fire-fighting equipment will be restrictions on extinguishing flammable liquids and electrical wiring.

A means of neutralizing the fire in such fire extinguishers, foam is formed either by gas or by a chemical reaction. Foam blocks access to oxygen, thereby eliminating the fire. Fire extinguishers of the foam type are used to extinguish fire as solid substances and flammable liquids: oil, fuel, etc. in the squares no more than 1 sq m. usage restrictions to apply to the extinguishing of electrical wiring and metals, which by chemical reaction with water, emit oxygen, potassium, sodium.

Carbon dioxide extinguishes fire effectively on surfaces of any type and can be used to extinguish fires of solid, liquid, gaseous substances and electrical wiring. The fire extinguisher leaves no residue, but is limited in use due to the inefficiency of large areas. In addition, the accumulation of a large amount of carbon dioxide in the room of fire can lead to poisoning, so it is very important after the fire, immediately move to fresh air.
Is the advice useful?
See also
Подписывайтесь на наш канал