What is the temperature during pregnancy is considered normal?

During pregnancy the female body operates in "special" mode. There are various hormonal changes and changes. The body temperature of the expectant mom may also be slightly different from the usual indicators. 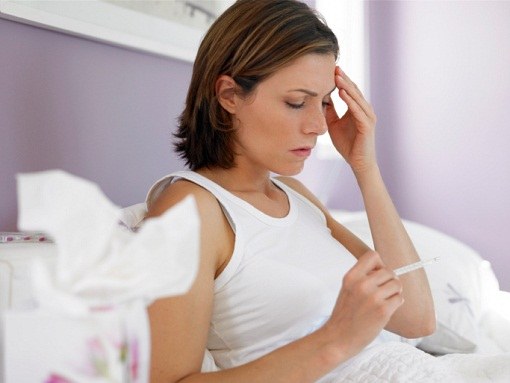 Related articles:
Instruction
1
In the first trimester of childbearing, the body temperature women can rise up to 37,2-37,4 OS. In some ladies, this can stay the whole pregnancy. Experts do not believe such a state of pathology, the temperature rise in this case, it is due, rather, the physiology of women. Some moms-to-elevated body temperature – they feature. If the phenomenon of fever observed in women from the first days of delay, then that's fine. But in the case that a pregnant woman in the beginning was the usual indicators of temperature of 36.6 – 37,0 OC, then its further increase would indicate some pathological processes. To say that it is a feature of the woman - not.
2
During pregnancy the increase in body temperature can be attributed to two reasons. The first is the increased production of the hormone progesterone. It affects the thermoregulation center located in the brain. The second is the weakening of the immune system in a period of gestation of the baby. This is considered normal and necessary in order to avoid rejection of the fetus.
3
But sometimes it happens that the increase in body temperature of women is due to some disease. After all, the main symptom of infectious and viral diseases is an increase in temperature. In the case of the disease in pregnant women, a decrease in appetite, weakness, malaise, fever or chills. Yes, and the body temperature takes very high values - 38,0-38,5 OS. The particular danger causes a temperature above 38оС, especially when it fails to shoot down. Such as women can provoke different disorders in the development of the child. If the period of pregnancy up to fourteen weeks the body temperature of the expectant mother will be reduced to 36.4 and less, this could be a threat of spontaneous abortion.
4
If a pregnant woman has a high temperature, the treatment must be under the supervision of a physician. Most drugs in the period of carrying a child are contraindicated, but you can resort to folk remedies. For example, for colds helps tea with raspberry, hot milk, tea of Linden flower. One should try to drink more and do cool sponging, but without the use of alcohol. But to do hot foot bath is strictly prohibited, this may cause bleeding and even miscarriage.
Is the advice useful?
See also
Присоединяйтесь к нам
New advices