How to give the gift of witches

Since ancient times, people believed in the existence of witches. They were persecuted, brutally destroyed, although often it was the innocent women, who differed from others in intelligence, beauty or, on the contrary, an extraordinary deformity. Most witches were considered traditional healers who were asked for help in the treatment of diseases. Most of them really possessed a kind of magical gift, handed down from grandmother to granddaughter. 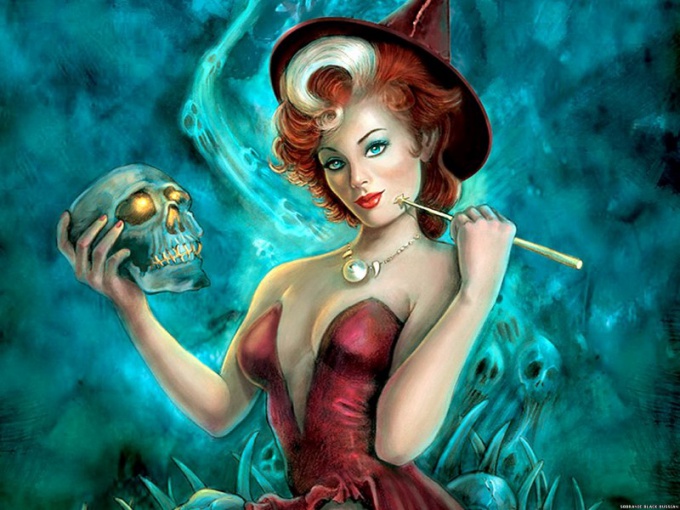 Related articles:
Instruction
1
In the 16th century English lawyer William West gave a definition of "witch". He said that witches become a common woman, succumbed to the promises of the devil and agreed to sell his soul. After that they are endowed with magical powers and was trained by the evil forces all kinds of malicious actions. Witches flying on broomsticks or pitchforks, night of riot and everywhere sowed evil.
2
Russian witches were far less harmful and evil than Western Europe. Usually it was a simple peasant women, which, however, were also flying on a broomstick and ran with the devils, but was mostly engaged in, the spell Yes, stealing milk from the neighbor's cows. Milk mixed with dew, has traditionally been considered a favorite food of witches. Perhaps a fairly relaxed attitude to witches in Russia were due to common among the Russian peasants the belief that every woman is a witch.
3
In fact, the word "witch" is not restricted has a negative connotation. It comes from the word "Veda", i.e. to know something that you don't know and others do not notice. Witches can do is not only evil but also good deeds. They collect herbs, treat diseases, help to find missing people.
4
Magical gift is usually passed on related lines, and after one or two generations. A witch can pass it to her granddaughter or great-granddaughter, but never the gift is not passed from mother to daughter. The fact that her daughter could become a rival for his still quite young, cheerful and energetic mother, and granddaughter or great-granddaughter becomes a heiress after her death.
5
During the life of the witch is starting to prepare a successor. She teaches the girl reading cards, various rites and incantations, acquaints her with the effects of medicinal herbs. However, to fully convey your skills witch can only be after death. It is believed that if a witch does not give her a magic gift, she would have to endure a long and painful agony. For gift giving, she asked the successor to bring her a glass of water and then touches her arm and immediately die.
6
There are 3 variants of the further destiny of the latter-day witches. Either she accepts the gift and continues to develop the purchased power, or tries to refuse it, but it leads to serious illness and painful death. The only possibility to save from death their soul and body – immediately go to the monastery and devote his life to prayer and service to God.
Is the advice useful?
See also
Присоединяйтесь к нам
New advices