How to come up with a pattern for a tattoo

The tattoo is a permanent (persistent) pattern printed on the body with the method of local injury to the skin and adding coloring pigment in the subcutaneous tissue. It can be of different types, styles and purposes. Now tattoos are so colorful, stylish and story that, perhaps, they can already determine one of the types of avant-garde art. 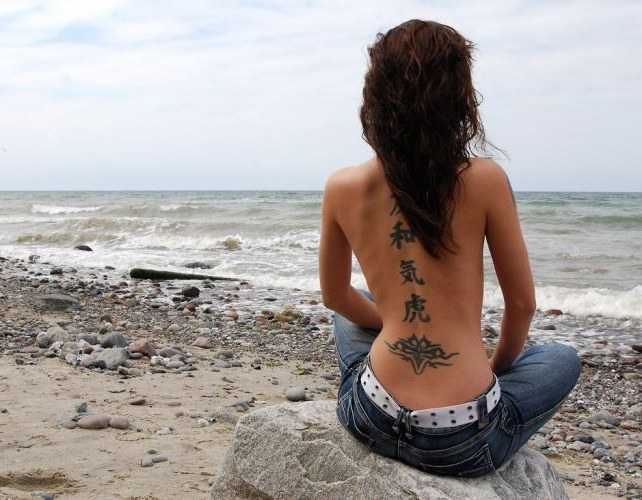 Figures that it is better not to use

Before deciding on the tattoo must be clearly aware of: it will remain on the body for life. Bring it, of course, possible, but it is fraught with scars, burns, infections and other unpleasant consequences. Not to regret, better to abandon:
• any tattoos of the genitals or, even worse;
• the picture that came to mind in an inadequate state (intoxication, during a period of extreme joy or sorrow);
• images that have something in common with the school or the Institute, as after a while it becomes meaningful and not just useless;
• something is especially popular right now (emblems of musical groups, TV shows, images of heroes of films, books and comics).

Popular tattoos for ladies of the heart or beloved men. But, according to employees of tattoo parlors, the owners of just such figures often turn to the master a request to withdraw or alter a tattoo. Therefore, even if the relationship seems eternal, and the most serious intentions, it makes sense to think carefully about the feasibility of such act.

As for the inscriptions on the exotic and unfamiliar languages, here too things are not so simple. Before applying any phrase in your body, you should not just learn the translation, and to thoroughly examine its value. This is especially true of the various symbols in ancient languages and hieroglyphs that often have a double connotation.

How not to make the wrong choice

Start selecting a tattoo you must first with designs and story: whether it's just a beautiful drawing, lettering or a symbol. Do not chase the fashionable tattoos that hit the web page. It is better to distribute a sketch of yourself on the basis of its internal state, and to contact the webmaster with a request to improve the picture.

Then forget about the tattoo for some time, it may be several months or even a year. If after such a long period, the desire to put on a body this pattern has not changed, then, perhaps, you can go to the salon.

When choosing a tattoo, you must consider the site of application. This issue requires special attention. Better to figure out how a tattoo will look with different clothes, form, style. In addition, given the fact that the picture will remain on the body for life, you need to remember that sooner or later the skin will age and SAG. Will look good on a selected pattern on flabby and wrinkled body? Probably not. So best place for tattoo is the one where the skin stays elastic.

Tattoo – the question is very personal, even intimate. It is better to apply a tattoo in middle age, when people've had enough to know themselves, their strengths and weaknesses. Then decorate his body is the pattern characterizing the character, talent, principles or dreams. Only in this case the tattoo is not just decoration, but a real life mascot and guide.
Is the advice useful?
See also
Подписывайтесь на наш канал