In which galaxy is planet Earth

Many billions of stars scattered in the sky. And no matter what the human eye sees only a small part of this brilliant splendour, they are there. But even armed with powerful modern instruments, scientists are unable to count the exact number of the stars of the galaxies in the observable part of the universe. But a rough estimate is staggering. It is expected that more than 150 billion. And one of them is so dear to the Terran solar system. 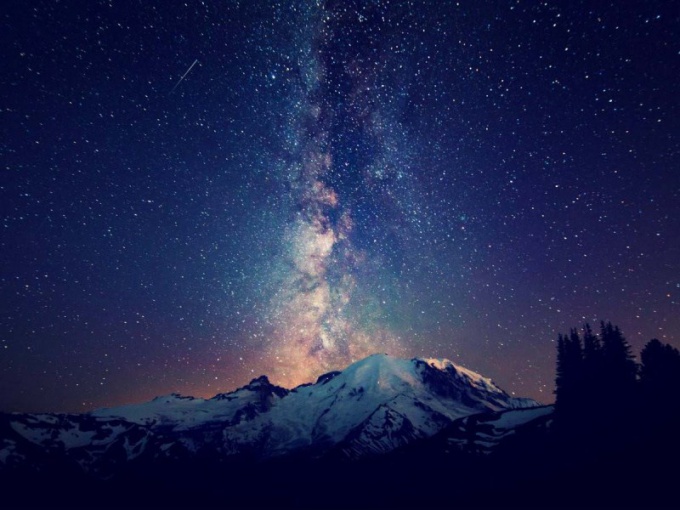 What is a galaxy

A galaxy is a gigantic system composed of a huge number of stars and star clusters. In addition to them, the composition of galaxies are also dust clouds and nebulae, neutron stars, black holes, white dwarfs and dark matter – invisible and unexplored component, which accounts for 70% of the entire mass of the universe.

All objects are linked by gravitational forces and are in constant motion around a common center. There is a perception that in recent years increasingly confirmed by scientific studies that at the heart of most, and maybe all galaxies are super massive black holes. Given the theory of the expansion of the universe, scientists have concluded that the substance from which more than 12 billion years ago, galaxies formed, steel gas-dust nebula.

Today the famous 3 classes of galaxies: spiral, or circular, elliptical, and irregular or wrong. Spiral – the most common type of galaxies. From the side they look like flat disks, which are allocated one or several branches, twisting relative to the Central region. Such galaxies include stars of different ages. Spiral arms are highlighted by the blue glow of the large number of young stars located in them. Some of these systems have a Central star jumper, from which depart the spiral arms.

Elliptical galaxies the vast majority of cases have a red-orange spectrum of light, because consist mainly of old stars. Some of them are almost perfectly round or slightly flattened shape. In these galaxies stars are quite compactly arranged around a common center

To irregular or wrong is about a quarter of all known systems. They have a pronounced shape and rotational symmetry. It is anticipated that some of the wrong system arose as a result of collision or close passing relative to each other in a spiral or elliptical galaxies. As a result of gravitational interaction, their structure was broken. In some systems a wrong the scientists found remnants of the old galactic structures.

Another hypothesis is that some of the wrong system is still very young, their galactic structures simply do not have time to form.

The solar system along with all affiliated planets refers to the milky Way galaxy. This is the first man of the open galaxies. The milky Way visible from any point of the earth's surface in the form of not bright smoky strips. Scientists believe that it includes from 200 to 400 billion stars.

The milky Way is a spiral galaxy type. If earthlings could look at it from the side, you would see quite thin with a thickness of only a few thousand light-years disc, the diameter of which exceeds 100 000 light years. Most of the stars are located inside this disc-shaped main body of the galaxy.

In the Central part of the system is the galactic core, consisting of a large number of old stars. According to the latest figures in the centre of the galactic nucleus is in excess of massive - and perhaps not even one black hole. The Central area is a gas ring, which is an area of active star formation.

Half a century ago, scientists have found that the milky Way has 4 major spiral arms extending from the gas ring. This high density area, where also the formation of new stars. Recently I found another sleeve, remote from the Central region. The speed of stars at the galactic orbits is different from the speed of the spiral arms and decreases as distancing them from the center of the system.

The sun is at a distance of 28 000 light years from the galactic center. A complete revolution around the Central area it makes for 250 million years.
Is the advice useful?
Присоединяйтесь к нам
New advices