How many solar systems in the Galaxy

The galaxy, called the Milky Way, consists of a huge number of stars, about 200 billion, but the exact number is impossible to calculate. Many of them form planetary systems like our Solar. While scientists have found about a thousand such systems, but there is still a lot of discoveries. 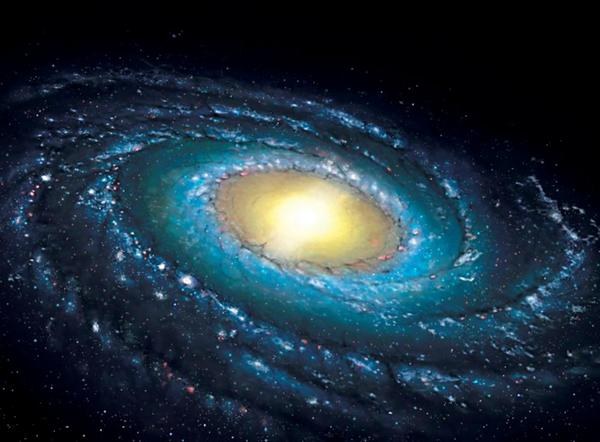 The milky way – the galaxy in which the Solar system and planet Earth. It has the form of a spiral with a jumper, depart from the center of several branches, and all the stars in the Galaxy revolve around its nucleus. Our Sun is located almost on the edge and makes a full rotation in 200 million years. It forms known to mankind the planetary system called the Solar. It consists of eight planets and many other space objects, formed from the dust cloud about four and a half billion years ago. The solar system is relatively well studied, but the stars and other objects outside are at great distances, despite belonging to one Galaxy.

All the stars that man can see with the naked eye from Earth located in the milky Way. Not to be confused with the galaxy under this name the phenomenon that occurs in the night sky: a bright white band crossing the sky. It is part of our Galaxy, a large star cluster, which looks like this due to the fact that the Earth is near its plane of symmetry.

Planetary systems in the Galaxy

Only one planetary system is called Solar – one in which the Land is situated. But in our Galaxy there are many systems of them is open only a small part. Until 1980, the existence of such of our systems was only hypothetical: monitoring methods did not allow to detect such a relatively small and dim objects. The first assumption of their existence was made by the astronomer Jacob of the Madras Observatory in 1855. Finally, in 1988, was the first planet found outside the Solar system – she belonged to the orange giant Gamma cephei A. Then came other discoveries, it became clear that their can be many. Such planets not belonging to our system, called exoplanets.

Today, astronomers know more than a thousand planetary systems, about half of them have more than one exoplanet. But there are still many candidates for the title, while methods of research can not confirm this data. Scientists assume that in our Galaxy there are about a hundred billion exoplanets that belong to several dozens of billions of systems. Maybe about 35% of all sunlike stars in the milky way are not alone.

Some have found a planetary system quite similar to the Sun, others have more similarities. In some there are only gas giants (yet information about them more as they are easier to detect), and other planets similar to Earth.
Is the advice useful?
Подписывайтесь на наш канал